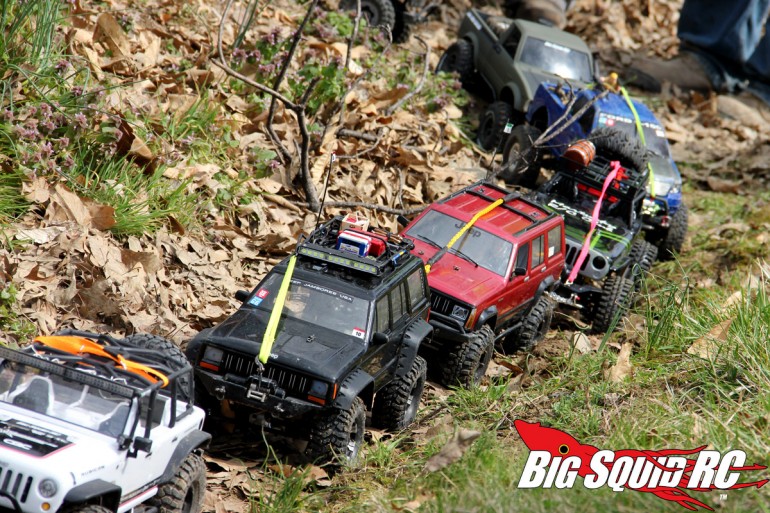 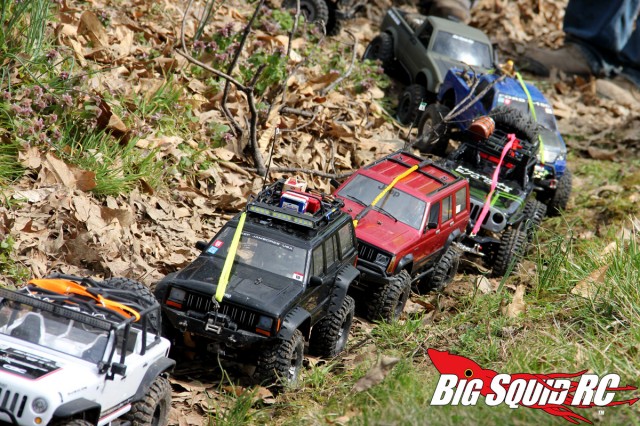 I’ve never run an e-mail in this spot before, but reader “Pfuture” sent me a few questions that I thought would be better served to answer/rant here.

One suggestion I have would be doing a guide for new scalers going on rides if you haven’t made one already. I don’t mean to sound bitter, scaling is one of my favorite activities ever.  Maybe you already wrote such a guide and i don’t remember it?  I have been organizing friendly rides for about a year in Montreal, Canada.  That’s little experience compared to lots of other scalers.
I often had to give transmitter batteries or some common parts like plastic servo horns to help someone.  People often do not bring tools, forget to charge their packs properly and don’t check their trucks before leaving home.  Also, i would insist that showing up late to a scale ride is very bad.  Every time i organize a ride, there is a new person showing up more than 15 minutes late.  Yesterday we drove around close to the start point because someone told us he’d be 40 minutes late.  His batteries were not even properly charged when he showed up. If you have ideas on how to deal with late people without being too harsh, i’m all ears!
I probably shouldn’t have told you all this, you most likely have experience all the same and more.  Maybe this could inspire a squidink comic or two? Hope this was helpful, forgive my sometimes strange english (I’m from Montreal). Have a nice day, can’t wait to read your next articles.  Even those about F-1 racing.
Pfuture

I actually did a write a basic “what to bring to a trail run” piece a few months ago, you can check that out right here (more importantly, show your friends!). As for the part of your question dealing with event organization (people being late, unprepared), I’ll tackle that in detail. I’ve organized events for around 2 years now, including lots of trail runs, so I really do feel your pain. Click the “Read More” below to see my advice….most of which I learned the hard way.

Trail runs are unique beast in the world of r/c. Whereas nearly any other type of event or bash is held at a specified location (a park, a track, a local baseball field), a trail run starts at one specific spot in a sometimes gigantic park and can go for several miles, many times in thick wooded area. This in and of itself makes it hard enough to manage a big group of people, but then you have guys who run late or get lost which complicates it further. It can make a for headache when organizing a big group.

Many times I’ve had to make the hike back to the start of a trail to meet someone who is late. I’ve also spent a lot of time on the cell phone directing lost persons to find the group. It gets really old fast. Anyways, to try and avoid these type of situations here is a bit of advice.

The majority of trailing I’ve taken part in happens on public land, normally national/state parks. Make sure you know the “lay of the land” before organizing a group run. The biggest thing is make sure you are clear to everyone as to what park you are meeting at, what time, and WHERE in the park. For example – “We are meeting at Creve Coeur Park at 9:30, parking lot in the back by the waterfall.” Some big parks have a ton of lots and it can be frustrating trying to meet others when no such area has been specified. It’s also the number one reason why people get lost. The more instruction you can give everyone up front, the smoother it will go.

When setting a start time for the run, make you sure you add a half an hour before the actual time for guys to show up, and then allow another 15 minute buffer for departure time. So if you want to start at 10AM, tell everyone you are meeting at 9:30AM. You can be prepared to leave the trailhead at 10:15 at the latest. That’s the system I learned to use and it generally worked well. That allows for you to plan on people being late. If they arrive on time then great, start “early”. I don’t know that I’ve ever been to a big run where everyone was on time though. If people run even later than that, most likely you should just start and let them try and catchup. If they get all bent out of shape, tough. Remember, if you generally leave when you say you will then people will catch on. If you always meander and wait around for the last guy to show up it just encourages everyone else to do that. Always be respectful of people’s time. If someone else doesn’t do that, it’s not your fault. Obviously there are exceptions to this, but I think you get what I mean.

People that show up on time but are unprepared is a different challenge. If you have a noobie coming out for the first time it is totally understandable. Always take the time to help a noob out because we were all there once. If the same people come unprepared over and over I’d just leave them behind. Harsh? Maybe, but if the same guys can’t get their stuff together BEFORE the run starts then you shouldn’t let that drag everyone else down repeatedly.

Some may disagree with me here, but the biggest lesson I’ve learned since I started doing this was that smaller trailing groups (under 10) are much more fun than huge ones. Look, doing a huge run once or twice a year can be fun because it’s cool to see all the people and trucks together. Any more than that and gimmick fades. It’s nearly impossible to keep people together, obstacles are crowded as people need to wait turns to tackle them, and in general it can just be a mess. I’ve found that it’s much more fun to get a small group together and tackle the trail that way. You can go at your own pace, it’s easier to organize and in general you spend a maximum amount of time wheeling your truck.

Thanks a lot for the question Pfuture. Being any kind of r/c event director is generally a thankless job, so keep your head up and keep on keepin’ on. A run with fun terrain, good friends and nice weather makes it all worthwhile.

For more scale r/c news on Big Squid RC you can click here.