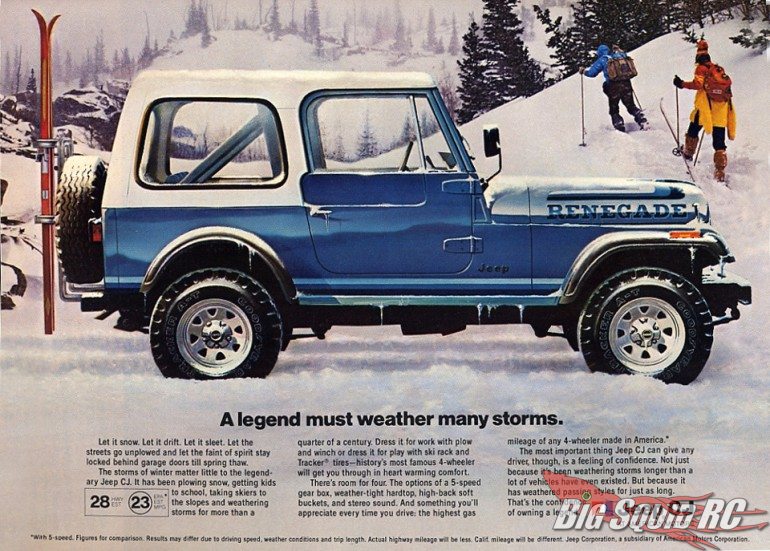 Many industry people (like our own Cubby) are predicting that 2015 will see Axial make a big update to their popular but aging SCX10 model. The truck that is most responsible for the scaling boom has come under siege from both competition (the Vaterra Ascender being chief among them) AND from longtime fans clamoring for something different. So, what kind of tricks can this old dog learn to be toast of the town again? I’ve talked to many friends, readers and colleagues and here are a few of the things that always come up in conversation.

Chassis Mounted Servo (CMS) – This is at the top of list from almost everyone I talked to. CMS takes the servo off the top of the axle and puts it on the chassis. This is one of the Ascender’s bullet points. This looks very trick and simulates a 1:1. If the geometry on the setup is correct you don’t lose much performance either. As an added bonus the servo is up higher so it doesn’t spend as much time in the mud/water like the lower “on axle” getup.

Axle Update – When is the last time you saw a Jeep with dump truck axles? This was the other thing that everyone I talked to made mention of. The stalwart SCX10 axles are really showing their age from an aesthetic standpoint. While they don’t look “bad” necessarily, when you compare them to smaller, more scale offerings from RC4WD or Vaterra it really shows. Many are clamoring for an SCX10 appropriate size version of the AR60 they put on Wraiths, Yetis and Deadbolts. Axial durability with a more realistic appearance would be a slam dunk.

Adjustable Wheelbase – Nowadays there are so many bodies on the market that being wedded to one specific wheelbase (at least without spending $$ on different sized links) is limiting. Being able to go from short to long right out of the box is a big plus.

Old School Jeep Release – The Jeep license is a very powerful one to wield, but at this point it’s really just been the same thing – a modern Wrangler. That’s fine and all, but methinks mining the ol’ nostalgia well would pay some pretty big dividends. How many would salivate if the new, updated platform launched as a classic CJ styled “Jeep Renegade SCX10”? The Wagoneer, Cherokee, YJ, Comanche…so many choices ripe for the pickens.

A Surprise – Ok, let’s take this thing home. I’m hoping to be surprised by some sweet quality of life improvement or wicked detail that no one predicts. High performance leaf springs? Diffs that lock/unlock with relative ease? Low CG battery mounting position? Complete chassis layout redesign? There are so many things that could be added that would catch people off guard to generate excitement.

For more Axial news on BigSquidRC you can click here.