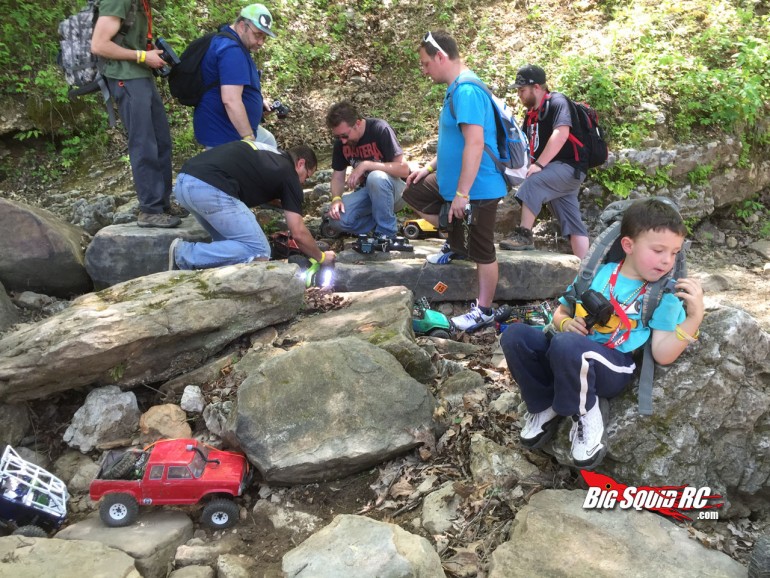 Many of us that have been trailing for a good amount of time seem to see the same type of personalities come and go – ESPECIALLY those in a club or group. I figure the time is right to poke some fun at the stereotypes that have cropped up over the years.

And before I get any angry e-mails, please remember this was done with much love.

Tardy Tom – Always at least 15 minutes late to a run, sometimes longer. Many times this person is also horrible with directions so in addition to being tardy, they also require someone to navigate them to the trailhead via a cellphone call with varying degrees of signal strength.

Hard Luck Larry – This guy cannot keep his stuff together no matter what he does. New high torque servo? Smokes it. Vanquish axles? Somehow cracks them. Slick brushless system? Poof, gone in minutes. This poor dude will never catch a break. Note – I thought about naming this guy “Frank Grimes” after the infamous Simpsons character but figure many of you younglings wouldn’t get the reference. I’m getting old.

Cheapo Pete – This person sports the latest in Asian knock-off equipment and wonders how or why someone would spend more on r/c when they can get things dirt cheap, performance and legality be damned.

Nothin’ But the Best Nate – The inverse of Cheapo Pete, only the best will do for this guy. Armed with a vehicle that would price out close to a 1:1 when all aftermarket piece prices are tallied, he normally looks down on all others who would dare to save a buck or two.

Wally the Watch Watcher – Constantly monitoring his watch and pushing ahead of everyone in a hurry, this guy has only a limited amount of time to play due to other commitments and therefore tries to not dilly-dally. Sadly, this is me more often than not anymore.

Fabricatin’ Freddie – This fella builds a lot of what they run themselves, be it a detailed styrene body or custom bent/welded chassis. Sometimes possesses amazing skill….others, well, not so much but hey, at least they try! May or may not use the mantra “Crawlers are built, not bought!” to annoying degree.

Tag Along Tammy – Ah yes, the girlfriend/wife who goes on the run and whose emotions run the gamut from “disinterested to be here” to “actively annoyed and/or angry to be doing this”. Fellas, if your girl isn’t into the hobby then please don’t force her to go play toy trucks with you. It can be an awkward situation for everyone. I have witnessed fights out on the trail over this and it ain’t cool.

The Tailgate Crasher – They never have their own work space so they habitually take a spot on your tailgate or table. Guilty as charged!

Completely Unprepared Carl – “Hey man, can I get a wrench from you?” “Got a nut driver I can use?” “Crap, broke a driveshaft, anyone got one?” “Forgot to charge my lipo this morning, can I bum one?” You get the drift. This person would forget their ass if it wasn’t attached. Despite how often they get their chops busted, their behavior never changes.

Wild Willy – 30 foot high rock face needing to be climbed? Great crawling line sitting precariously above a deep creek? Send in Wild Willy, the requisite club daredevil! They will tackle anything, giving no mind to the danger it puts their rig in. Named after the legendary Tamiya kit/driver character.

Helpful Harry – The true MVP of any scaling group, this person comes to the run packed to the gills with tools, batteries, spare parts, and other support equipment to keep everyone running smoothly. He may even have extra vehicles on hand to allow others to run should they not have one or suffer serious breakage. They typically spend more time working-on and helping other people than they do on their own stuff! You people that do this are the best and are the unsung heroes of the hobby!

Ready-to-Run Ronnie – What would a run be without a bright eyed and bushy tailed noob? Typically sporting a brand new rig that’s straight out of the box with nary a scratch to be seen, this person needs to be shown the ropes until they can blossom into one of the aforementioned categories.

I’m sure I’ve missed a few but I think this covers the majority of bases. Anyone have any good ones to add? Which of the above are you?