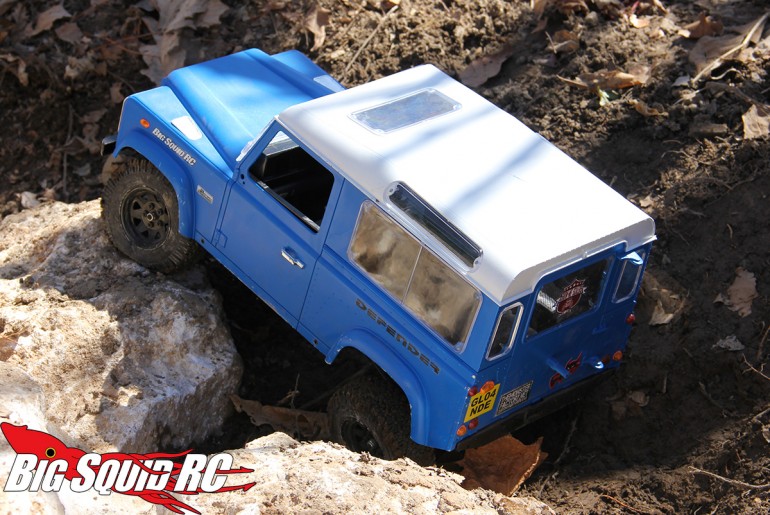 One of the most divisive subjects when it comes to scaling is what kind of body to use. No, I don’t mean Ford or Chevy, I mean fully interior’d, abs plastic or styrene hard bodies vs. standard lexan shells.

Many of the truly hardcore types believe that a hard body is the only way to go for a “true” scaler. A lot of them even go so far as to build their own custom stuff. A quick jaunt over to the Scale Builder’s Guild Forum will leave your jaw on the floor after you see the insane talent some of these builders possess.

While hard bodies used to be the stuff of the custom builder, recently they’ve become en vogue with the Average Joe due to all the quality stuff RC4WD has been cranking out. The Gelande and Trail Finder series of vehicles come from the factory equipped with them.

On the other side of the coin is the more traditional lexan body where the scale details come from a good mold and paint job / vinyl. This can literally be anything made for an r/c. I’ve seen everything used from standard Pro-Line off-road stuff to wild looking touring car bodies adapted for 4×4 use.

While I get the appeal of the ultra detailed hard body, the longer I do this, the less inclined I am to run with one thanks to the negative performance characteristics. They are just too dang heavy in most cases. They can also be extremely fragile.

The problem is that I’m so used to driving lighter bodied lexan trucks that the gimmick of an abs plastic setup wears off as soon as I get it built and wheel it for more than 10 minutes. I like to drive hard, maybe not Cubby levels of hard, but I get after it. Heck, even if you ignore the drivability handicap it still sucks just banging up something that you’ve worked so hard on. If you think getting rock rash on your freshly painted lexan body is a tough pill to swallow, just try a hard bodied truck. One good crawl can rip it to shreds.

Ah but there is a third type of scaling body. It’s the hybrid. It’s a lexan shell with plastic trimmings. Take the Axial Jeep Wrangler body for example. It’s primarily a standard body but with an added roll cage, fender flares, and pseudo interior. Yeah, the performance suffers a tad, but (in my opinion) the looks more than make up for it.

The Vaterra Ascender K5 top is another great example. It’s all lexan save for the plastic grill and light assembly. Just that little bit really helps the overall aesthetic.

So where do you stand? Are you a styrene trimmin’, card carrying member of the hard body brigade? Are you a lexan toting person that could care less about the detail and just want something simple that works? Or, are you in the middle like me – your mood changes with the season and you wind up with a plethora of trucks/bodies to suit your particular whim for the weekend?