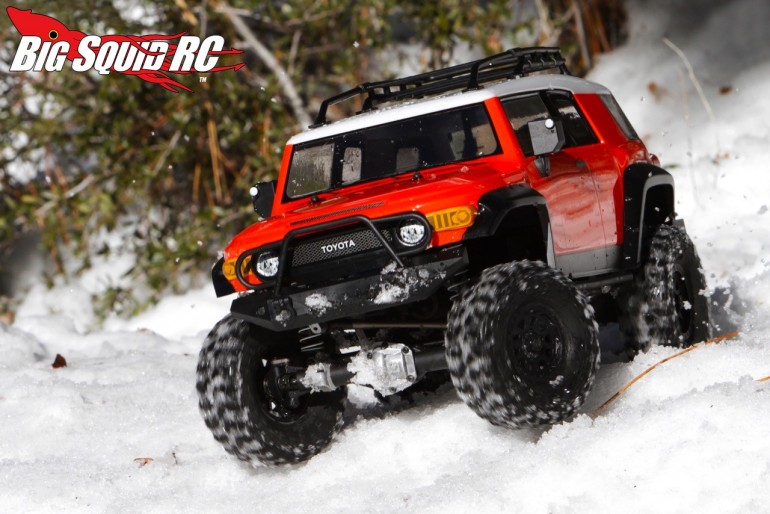 Hey, remember the HPI Venture FJ? Apparently many of you do as it’s been a popular subject of late in reader e-mails. So what’s the deal with the truck?

It made a huge splash when it was teased and later officially unveiled in early 2016.

Then, well, everything sort of went to hell in a hand basket for HPI, what-with all the now publicized financial problems the company was facing at the time. The story did have a happy ending though- Ripmax purchased the company with the idea to keep it intact and make it stronger.

I’ve talked to several sources that are “in-the-know” and I can report back that morale is high as the company is diligently working to get back on track.

This has been no small task, as new development and production facilities had to be brought on-line. While that would be a big project in-and-of-itself if the buildings were located on the same campus, they are each in different parts of the world! So yeah, it’s quite the undertaking.

That brings us back to the Venture FJ. The company is still extremely high on the little Toyota and thinks that scale nuts are going to love the platform. The vehicle is expected to be a big part of their portfolio going forward. It sounds like it’s a tough runner.

So when can you expect to finally get your hands on one? While no firm date was given to me (in fact, all my sources went out of their way to NOT give me any type of date), my educated guess based upon the information I have is that you’ll probably start to see them late Q2 to early Q3 2017. This is speculation on my part, but it’s informed speculation.

I’d reckon early to mid 2017 is also when you’ll finally start to see some of the out-of-stock items (I’m looking at you 1979 Ford F-F150 body!) re-appear at your retailer of choice.

The Venture FJ launch is going to be very interesting, as who knows what the scale crawling eco-system will be like when it does finally rumble out of the box? If past history repeats itself it’ll probably launch up against an Axial SCX10II revision, which is steep competition.

As of right now, the Venture is probably my most anticipated release of 2017. I hope it’s a truck to be reckoned with not just because I think it looks great, but also because I’d love to see HPI get back on their feet and reassert themselves as one of the big players in the hobby. That would be good for everyone.

As the great Tom Petty once said, “The waiting is the hardest part.”