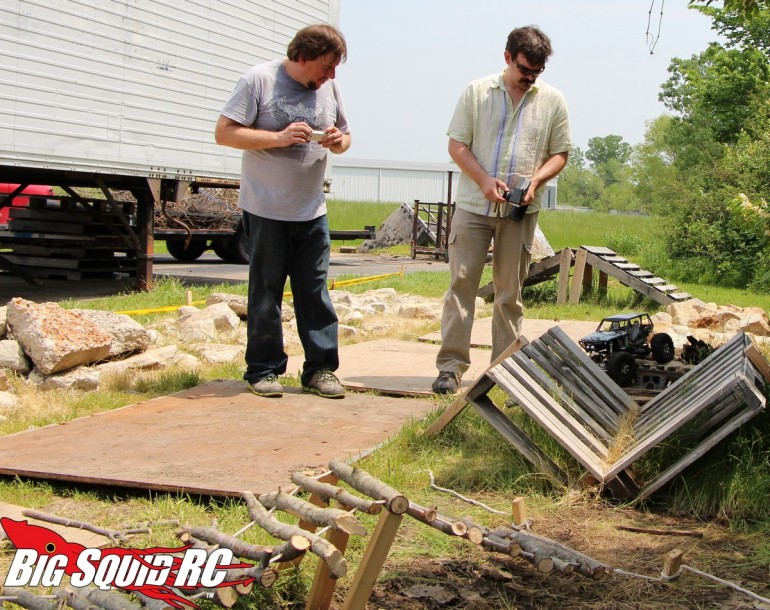 Ya know, as long as I’ve been doing this Friday scale thing I just realized I’ve somehow gone the whole time without discussing one of the most popular types of scale competition – the Top Truck Challenge (TTC). As far as competitions go, the TTC is my jam. I used to hold several of them a year and, as luck would have it, I met Tim and Cubby for the first time at one of them. Yes, that’s right. Even the stoic Cubby was enticed to compete in one of these (I have a pic as proof!)

Like many things in r/c, the Top Truck Challenge is derived from a full scale event of the same name. Gaining popularity in the late 90’s/early 2000’s thanks to coverage in 4×4 magazines, the TTC is a grueling series of competitions for heavily modified off-road vehicles. Once scale r/c off-roading became a thing, it took about 5 seconds for people to realize it would be a blast to do it with their mini trail trucks.

Scoring can be different between different clubs but here’s how we did it. Every vehicle must run each event. Drivers received points based on finish order of each event (i.e. 1st place 1 point, 2nd place 2 points) and the overall winner was the person with lowest total score.

Think of it like this – an Axial RECON G6 style cross country race is like a marathon, whereas a TTC is more like a series of track and field competitions. Track and field with rocks, mud and various man made obstacles to try and wreck your rig, that is. Here’s a sampling of the most popular event types.

I’ve written a lot about pulling lately so I’ll be brief here. All trucks must make a hook to a weight transfer sled and whoever pulls it furthest wins. While traditional tractor/truck pulling is always done on dirt, for a TTC concrete is a common surface.

The “meat and potatoes” of r/c TTC, this is a timed event where trucks strut their stuff on a crawling course. While rocks are obviously predominant, you will also see all kinds of obstacles on track to test the vehicles. To give an example, back when we were running these several times a year we had an obstacle affectionately called “The Meat Grinder” (seen in the pic above). It was a pallet sawed in half and placed on it’s side to make a steep “V” formation. Each board on the pallet could move and it was common for drivers to get stuck. Despite deceiving looks it always ate up axle tips and ruined runs.

This event is exactly as the name implies – drivers try and traverse a hill through designated gates, normally in very precarious positions. Scoring can be all over the place depending on the hill used. Sometimes it’s simply timed, sometimes it’s scored with gates, sometimes each vehicle gets a flag planted in the ground at the spot where forward momentum is stopped. This is my personal favorite event. Some of the hills we’ve used for the competitions are so steep that falling doesn’t just mean you get a DNF, you also probably have a wadded up truck. 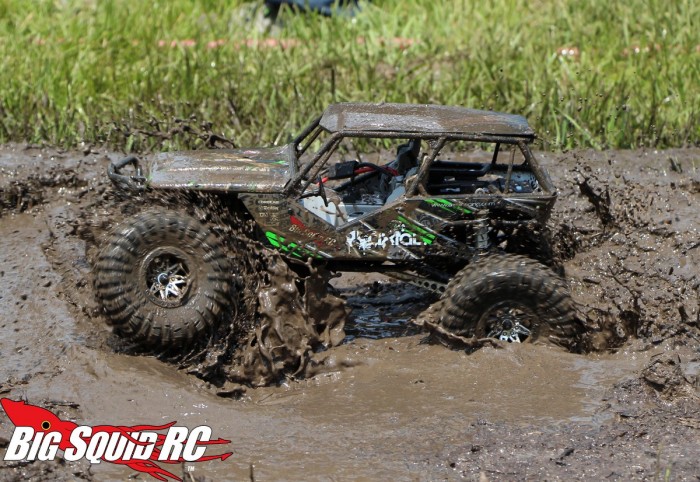 A good ole fashioned mud pit. Drivers hit the hole and are ranked by elapsed time. If a truck cannot make it through then his distance will be measured instead.

Done in a straight line, the frame twister is like a drag race….if the strip was filled with logs and mud holes. The idea is to make a whoop section from hell where a rig is constantly fighting to climb over slick logs while plowing through a watery mud mix. Keeping wheel speed up is necessary to finish the course for time, but going too fast can very easily bounce a truck on it’s side, rendering a dreaded DNF.

The tank trap is typically the grand finale, if you will. It’s sort of a mix of everything. It’s traditionally done in tight canyonesque quarters and features mud, rocks, pot holes and whatever else. It gets it’s name because the terrain is so setup where even a treaded tank would get stuck. This is a timed event.

Keep in mind that the events described above can vary (sometimes wildly) depending on who is putting it on and what kind of terrain is available. If you’re wanting more information on how a TTC works then I’d suggest heading to YouTube and using some of the above titles as search terms….just be prepared to waste some free time. You’ll find a myriad of high quality videos showcasing both r/c and 1:1 flavors.

Ugh, just talking about this subject gets me jacked up to run in one. While on the whole I enjoy running my scaler in a more laid back atmosphere, competing in a TTC several times a year is a great way to get the blood pumping and see what your truck can do in the midst of heated competition. If you hear of one taking place nearby, I implore you to take it on. You’ll be happy you did. Well, except when you are cleaning up. That part sucks.

For more scale r/c news on Big Squid you can click here.