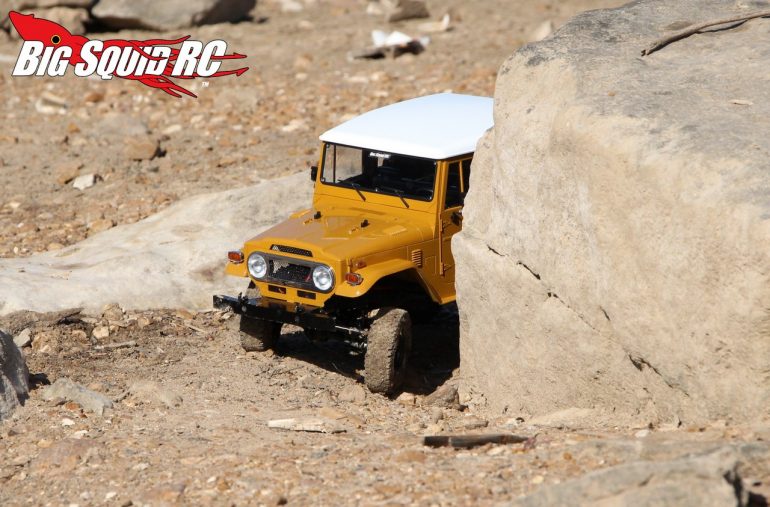 Everybody’s Scalin’ – How Important Is Licensing to You?

Official licensing is something that’s been around as long as the hobby itself. Whether it’s a Ford Ranger monster truck, a Ferrari pan car or a Toyota rock crawler, both manufacturer and consumer have flocked to smaller representations of the real thing. So with that in mind, my question this week is “How important is licensing to you?”.

When the scale movement started picking up steam, thanks in large part to the release of the first generation Axial SCX10, licensed goodies were still a bit of a novelty. That particular kit had an Axial brand body that was inspired by old pickups, but that wasn’t an exact replica (bring back the Kustom!). Same with the tires, as the standard back then were un-licensed Pro-Line Flat Irons.

Once the official replica off-road gear started coming though, people couldn’t get enough of it. My personal favorite was the Pro-Line TSL. Those blew my mind years ago, and I’m still very fond of them. Fast forward to now and you can outfit your 1/10 rig with official replications of nearly everything made for a 1:1.

That’s super cool, and it makes for amazing builds. I won’t argue that. However, nowadays with damn near every component being officially licensed (i.e. not just the body, but the bumpers, wheels, tires and scale jacks) people are starting to feel it in their wallets. There is a trade-off for all that great looking swag, after-all.

There is one particular vehicle that’s come out semi-recently, one that I’m a fan of, where the costs to license everything (at least from the two sources I talked to) are freaking insane and add a ton to the bottom line. Who pays for that? You do.

I think my favorite way to go about it is to do what RC4WD has generally done on their kits (i.e. the Trail Finder, Gelande, Cruiser, Beast). They use very “inspired-by” designs that look close enough to the real thing without actually carrying the official branding. This not only allows them to not have to charge extra for it, but keeps things in production longer as there are no expiring contracts with 1:1 manufacturers to keep. And hey, if you really want the official badging you can grab a sticker kit and there you go.

Still though, I get why most bodies need to be licensed. RC4WD is sort of an exception to the general rule, what with their exceptional looking hard bodies. Most of the time when R/C manufacturers do their own thing, well, the results aren’t pretty. And besides, we all want replicas of our favorite full size vehicles.

When it comes to wheels and scale accessories though, I guess that’s where the 2017 version of me doesn’t really care. 9 times out of 10 that stuff just seems to add price bloat to a kit without really giving me anything I care particularly much for. Especially when it’s throw-away stuff, like hard compound tires.

If it’s aftermarket stuff, then whatever, I’m game. If you want to pay primo dollars for a name brand winch, more power to you. It’s awesome that you can do that! That stuff is all optional (like my beloved Pro-Line TSL’s!) anyway, so someone isn’t forced to pay for it if they don’t want.

So what’s your take? Does a new scaler release being packed to the gills with licensed goodies increase the desirability, or would you rather save $75-50 off the price of admission and just do it up the way you want later?

With a few notable exceptions, for the most part I think I’m in the latter camp these days.