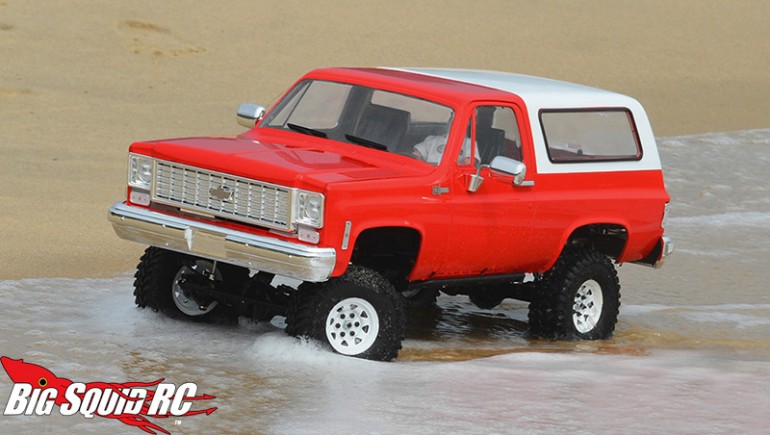 Everybody’s Scalin’ – I Want Your Body

Did you folks see the new RC4WD Chevy Blazer body that was announced last week? Yowza. For a company that is renowned for their ultra detailed products, they’ve truly outdone themselves.

It’s a great segway into my topic this week – it’s fully detailed bodies or no body for me anymore.

I know, I know, in the past I’ve championed Lexan bodies (or hybrid Lexan with ABS detailing) as being my preferred choice for scaling because they allow for more performance…but that was quite a awhile ago.

Maybe it’s because I’ve spent too much time drooling over the builds seen on the Scale Builder’s Guild forum, but I’ve just lost interest in 1.5/1.9 tired rigs that don’t have detailed hard bodies and/or realistic styled suspensions. I built a new SCX10 last Summer that has just collected dust on my work bench because it’s just sort of boring to drive anymore.

Don’t get me wrong, it’s fine and all that. It just handles everything a bit too easily for my tastes and I guess I’m just at the point where if I’m going to drive a 1.9 tired rig, I’d rather it be ultra scale. Leave the crazy performance to the 2.2 machines, I say (especially given how awesome the RR10 is).

Yeah, it’s fair to say “You doofus, why are you arguing worse performance is better?!”. Well, I’m not. I just prefer the realistic handling characteristics that a hard body rig provides. A more scale chassis layout and suspension is just icing on the cake. The terrain that I have local to me is much more fun to tackle with the handicap of having to approach it like a 1:1.

I blame my the original Sawback kit that I purchased 3 years ago as it started changing my driving habits. The RC4WD Cruiser I did for review last year did further damage. I need to just bite the bullet and finally do a Trail Finder 2 methinks.

My personal tastes notwithstanding, the Blazer body has definitely drawn heavy buzz within the industry. Even card carrying Ford people that despise the bowtie still appreciate the detail that’s gone into it.

As someone that interacts with a large quantity of scaling fanatics on a routine basis, I think the winds of change are definitely blowing to where more detail is a good thing. Not necessarily insane hardbodies like the K5 above, but where just a standard lexan shell won’t cut the mustard anymore. With several big releases on the horizon, it’ll be interesting to see where the hobby goes.