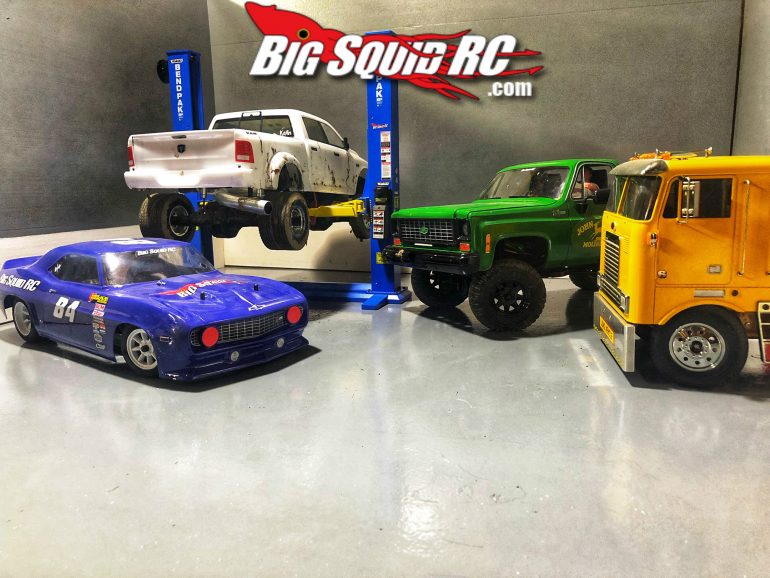 With only a hand full of days left in 2018, what better way to finish the year off then with a little insider edition! I can definitely say after taking over Everybody’s Scalin’ from Doug, my year has been crazy. Not to mention trying to fill his shoes was, and still is, very scary at times. That being said, the response I have received has been great. Going from an everyday Joe scaler to being on the inside of the RC hobby industry still shell shocks me.

One of the most common questions I get now is “How can I get free RC cars?” and I use to think the same thing. I learned the answer to that question real quick… there is no such thing as free RC cars, ha ha ha. What most people see is you unboxing new rigs or running them out on the trail. But what they don’t see is the long hours you put in doing research and writing a review at 1am or later. Don’t get me wrong, it’s still fun and awesome but you have to work for it. Before I started doing this I never even thought of what actually went into it.

The second most common question I get is “After your done Reviewing the Rigs can you sell them?” The answer to that is a stern NO! The vehicles we get are not for retail. They stay in the Big Squid RC stable for future upgrades and what have you. We will auction them off for charity once in a while if no one in the Bash crew has a use for them. Thats how I ended up with the Traxxas Bigfoot. I was at one of the events Big Squid was at and won the truck. So, if you ever come to a Big Squid event you might go home with one of the stars from our reviews.

And the last most asked question is “Is there anything coming out that you can talk about?” This question is a killer. There are times when we get our hands on new products before they are even announced; sounds cool right? But there can be serious repercussions if anything is leaked and hey, most everyone in the hobby is a show off and that’s no different around the Big Squid office. Keeping a lid on a new product is just part of the job. No matter how hard it is not to tell your buddies that the RC they have always wanted is coming out or you already have it. Even if I am sitting on something new or know of something coming out I will always say the same thing “Not that I know of but who knows what tomorrow will bring.”

For anyone who was wondering how it is inside of the hobby I hope this can shine a little light on it for you. And as far as 2019, expect some wicked stuff from Big Squid RC! Here it is to making 2019 a great RC year with lots of Scale wonder and bashing Extravaganza! Be safe this New Years eve and keep Scalin’! See you next year! Sorry I had too.