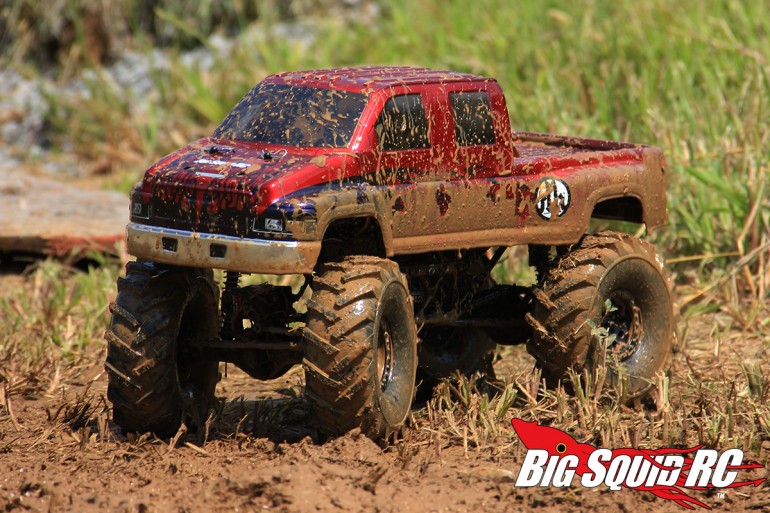 Hola everyone. Welcome to the 2nd Anniversary of Everybody’s Scalin’. Yeah, I can’t believe the Squid crew has put up with me for two years either. The best part about doing this each week? My wife has an English degree from a top flight, hoity toity university while I’m just a doofus that plays with toys….yet I’m the person with a weekly column. The gloating never gets old.

This week I pose the question – Is Axial becoming the “new Traxxas” (i.e. Top Dog)? With each passing month it sure seems like the torch is getting closer to being passed. Just for the heck of it here are some of the reasons why I feel it’s a valid argument. (P.S. before the tar and feather people show up at my door, know that I’m a big fan of Traxxas!)

Iconic Vehicles Responsible for Ushering in a New Era – the Tamiya Clodbuster, Traxxas T-Maxx, Associated RC10, Traxxas Slash: all iconic vehicles that were massively important at their given time of release. Axial sports two “all timer” vehicles – the SCX10 and the Wraith. Both trucks are directly responsible for the scale explosion and current climate of the hobby.

Street Cred / Recognition Outside the Hobby – If a person is a fan of any kind of racing then it’s a pretty good bet that they will have heard of Traxxas – even if they aren’t inovled with r/c. While not there yet, Axial is working on it.

They may not sport the gigantic portfolio of the Texas behemoth (and therefore as wide a reach), but they’ve been super successful leveraging what they do have with cross promotional/licensing tie-ins. It’s become increasingly common to see Axial r/c stories in full size off-roading mags and you have to look no further than last week’s announcement of the Yeti Trophy Truck and partnership with SCORE Off-Road Racing to see what I’m talking about.

Parts Support – Traxxas has long been the king of parts support. Damn near ANY hobby shop that deals in r/c has Traxxas parts on the pegs. Thanks to surging popularity and muscle at the distributor level (Hobbico is one of the big boys) Axial stuff is readily available at most places, with many now carrying a full range of aftermarket equipment.

New Releases are a Big Deal – I’ve seen this first hand multiple times over. When Axial announces a new product, it does big traffic and our e-mail/comments/facebook/etc light up with people weighing in (good or bad). Yeti-mania is the best example of this. It had a fervor around it that hasn’t been seen in the hobby for many years. When they say something new is coming, everyone in the hobby takes notice.

Vehicles That Everyone Wants – The big one. A company cannot be the top dog without having kits people want! It’s the most important thing after all. Axial may have gotten popular with the crawler crowd, but they are now firmly entrenched with bashers as well. The Yeti line (specifically the XL, a complete animal of a basher) blew the doors wide open and the upcoming Yeti Trophy Truck will continue to build on this. As this site is a testament to, the bashing crowd are a major force. You get in good with them, the sky is the limit. Axial is quickly gaining traction here.

Ultimately the argument of “who’s top dog?” is really just a fun topic for debate; there is no reason that there must be only one 800 lbs gorilla in the room, after all. Even if Axial isn’t quite the heavyweight that Traxxas is (yet), you have to agree that they’ve been eating their protein shakes and hitting the bag extra hard as of late. As long as they keep on doing this, they’ll continue to be a major force, if not THE force, in the hobby.