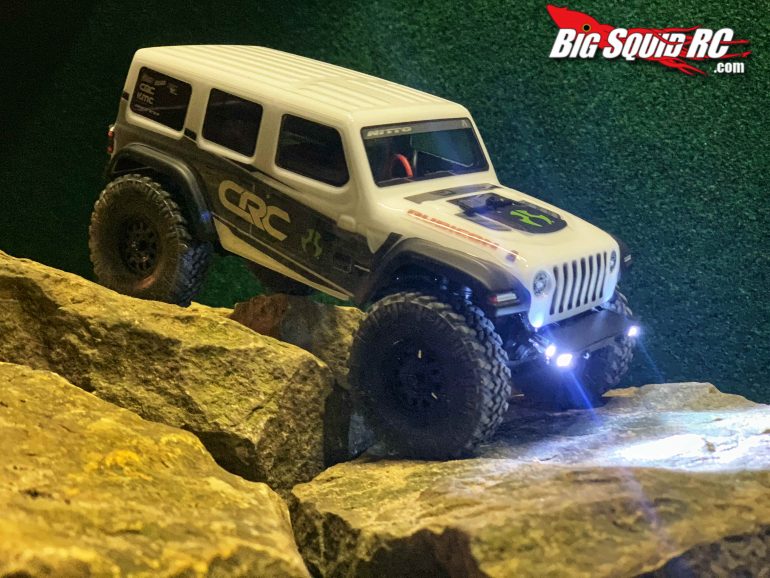 The smaller scale seems to be gaining popularity lately and with companies like Axial, RC4WD and Carisma having several available to choose from, it’s helping these little giants gain traction. I will tell you this, when I saw the smaller scale starting to make its way into a world dominated by 1:10 I was not interested one bit. To me they seemed like an appetizer given from the company while they worked on the bigger picture. Then the other day I was in one of my local hobby shops, Leisure Hours Hobbies, annoying the workers when I had seen the new Axial SCX24. I think they let me take it for a spin so I would leave them alone, but hey that works for me lol . They have a nice little 1:24 scale course set up and after I killed the battery my views on the little giants of the crawler world had changed. I couldn’t believe how responsive the SCX24 was, and how much fun I was having. Then I got to doing some thinking about what could all be done in the 1:24 scale?

Back in the day I used to collect 1:24 scale Nascar Diecast and would make scale shops for the cars like I do now for the 1:10 rigs. The 1:24 scale has a deeper range of items compared to 1:10 scale, I’m talking car trailers, figures, shop accessories even pre-made scale garages or buildings if you don’t want to make your own. So, getting a sick scale set up is easier to do, and it won’t kill your bank account. Body’s for the 1:24 scale must be the best selection in RC when it comes to hard bodies. You can make some Super Scaler builds using a Revell kit for about 20 bucks give or take while having a ton of licensed manufactures to pick from.

Now for what really got motivated to jump on the little giants bandwagon, the course designing possibilities. With all the scale items at your disposal you could make an unbelievable scale course in a relatively small space. The new basement course I have been working on was intended for 1:10 and does the job of lightly scratching the crawler itch just enough so you don’t freak out. But a 1:24 or even a 1:18 scale rig on the very same course would fill the void and then some. The amount of lines you can pick with a smaller rig will keep you busy pack after pack, and you could even make a scale town to go with the course if you wanted to go all in on it.

I have gone from not wanting anything to do with smaller rigs to now wanting to build a layout like the one from Beetlejuice to run them on. It goes to show you that you can’t judge a book by its cover, and I for one am excited to see what 2020 will bring for the 1:24 little giants! Till next week have a great holiday and Keep Scalin’!