Memorial Day Weekend is known for many things; the start of summer, kickoff to BBQ season, and the time when pools open all across the land.

For gear heads it means a smorgasbord of racing. The Monaco Grand Prix, Indy 500, and Coke 600 all take place on the same day. Many local tracks (both of the full scale and r/c variety) hold special races.

Of course, it also means that scaling season is officially underway! The bush is thicker, daylight’s longer, and terrain most varied this time of year.

Given that, it’s probably no coincidence that Axial has decided to release the info on their long rumored SCX10 II right before the holiday. I’ve only seen what everyone else has in regards to the official PR, but it looks like they really did their homework. The axles especially look nice.

It looks like they took many of the cues that everyone loves from the Vaterra Ascender and RC4WD Trail Finder 2 and adapted it in their own ways. Very cool that it’s coming as a kit first as well! More on it whenever I can get one in my hands.

Hey, earlier this week we put up a review of the new Duratrax Deep Woods tire. Pretty cool to see Duratrax add their line of rubber to the scaling world. Their current tire line is super popular with bashers and has also caught on in the racing world, especially dirt oval! 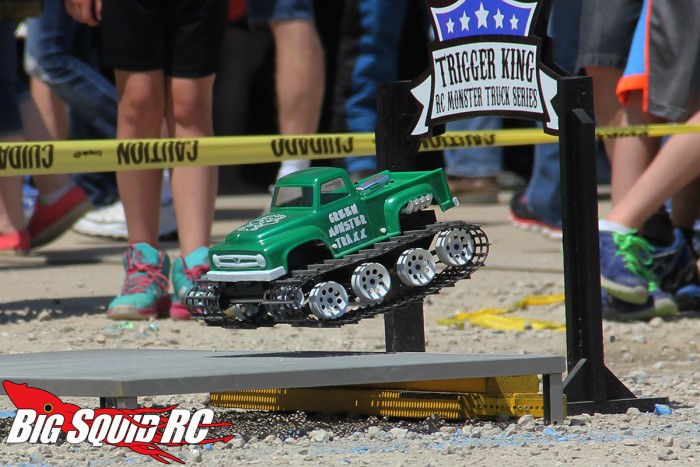 I’ve been driving my Kyosho Blizzard (converted to a pickup truck body) quite a bit lately and while I’ve mainly been using it as a retro monster truck racer, I plan on hitting up the trail with it very soon to see how it compares to its rubber tired brethren. In backyard testing it’s proven to be a heck of a climber, but that’s in relatively easy environment. It’ll be interesting to see if it can hold up when pounding the dirt and rocks for a long stretch of time.

Our friends at Pro-Line just announced a boss looking 1981 Ford Bronco for scale crawlers. The 70’s version has been getting all the love from manufacturers over the years, but that is finna change quick. The lines on it look perfect and it captures that 80’s vibe perfectly. It’s designed for 12.3″ trucks so it should fit almost anything out there.

The good folks at RC4WD are continuing to pump out new tires and wheels seemingly every week. 1.9, 1.7, 2.2. sizes…they just keep on keepin’ on giving this segment of the hobby all manner of ways to spice up and improve the performance of their rigs. I’m hoping to nab a set of their classic Baja Claws and Blazer body to do my Trail Finder 2 up real nice, soon.

I think that about covers all the latest goings-on, but before we go, as you’re out having fun this weekend please take a moment to think of the real reason behind it. This is the land of the free because of the brave, and so many never made it home. Have a safe Memorial Day Weekend!