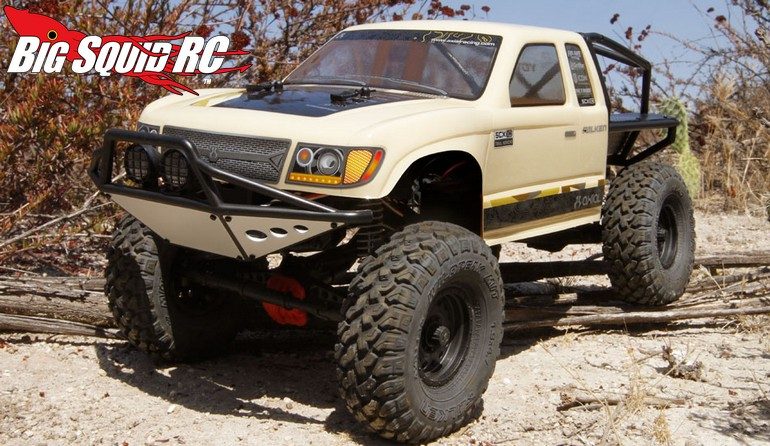 Hard to believe 2017 is nearly over, but here we are on the precipice of 2018. It was a crazy year, one that saw the balance of power shift quite a bit in the scale world. Instead of a look back though, here’s a few of my predictions for what I see happening in the coming year.

Supply chain issues were a thorn in Axial’s side for much of 2017. Many dealers couldn’t get back-ordered product and there were no new releases for much of the year. Starting in the fall though, those wrongs appeared to be righted. Everything became available again and, most importantly, the new releases started happening. The 2017 Jeep SCX10 II was announced and released. The Trail Honcho version of the SCX10 II was also recently announced. Things are looking up!

I’m particularly excited to see what they do on the 2.2 front. The RR10 Bomber is an awesome truck, but I’d love to see how they continue to push that design forward. I’m guessing we will see the next evolution of the Wraith/Bomber sooner rather than later.

The TRX-4 continues its assault.

A year ago I never would’ve thought Traxxas would be in the spot as one of the leaders in scaling, but here we are. The TRX-4 is far and away my own personal truck of the year, and I know many that share this opinion. It’s a fun, tough rig. We already know that some cool updates are on the way (Bronco body, lift kit, kit version), but I’m most excited to see how they continue to improve and expand this line as we get deeper into 2018.

I think we are going to eventually see a leaner version of the truck that has permanently locked differentials and a single speed transmission, at a cheaper price point.

Just a hunch here, but I feel the Japanese stalwart is going to finally get in on the scale game with a modern solid axle crawler. As I’ve said before, if they do I’ll be there on day one to try it. Given how the scaler wars are reaching a boiling point with every company putting their name in the hat, it’s shocking that Tamiya hasn’t done anything to take part. For better or worse, I believe that changes in 2018.

Solid axle monster trucks continue their push into the limelight.

Ok, this isn’t scale crawler per se, but it’s related. Solid axle monsters have grown in popularity big time over the last couple years, but I don’t think we are at peak saturation point yet. I’m predicting a big year for them in 2018. Oh, and my Monster Truck Madness column will be coming back in the new year. My apologies for letting it go dormant a few months, but I got super busy with my other BSRC responsibilities. I’ve got a lot planned with monsters, mega trucks, pullers and other related oddities so please stay tuned!

A big surprise or two will steal headlines.

Consider this “educated speculation”, but there’s word going round of a couple very cool, un-expected releases related to this genre from companies that haven’t previously been involved that I think will grab people. While I normally take such rumors with a grain of salt, given the fact that a year ago I would’ve laughed if you said that both Traxxas and Red Cat would be major players in scaling by year’s end, I’m much more keen to think that a company with little experience in the genre has a shot to make a legit splash. 2018 is going to be just as interesting as 2017 was, if not more so!

That’s all from me today. It’s been a crazy year and I’m looking forward to a great 2018! Happy New Year.