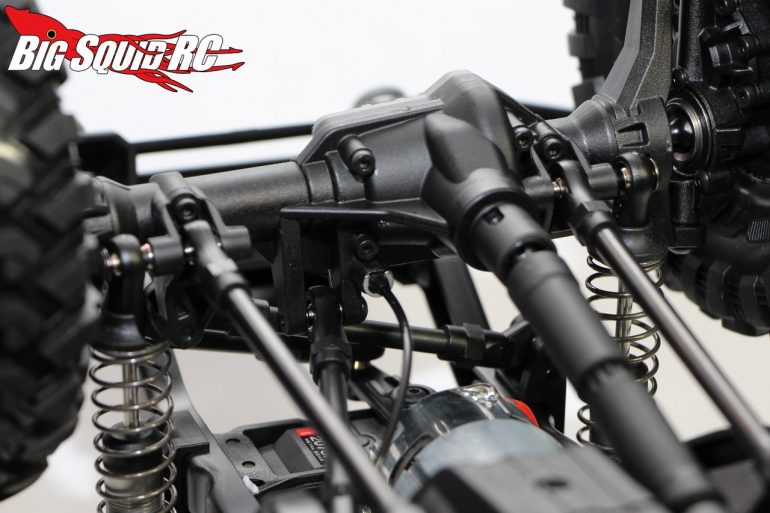 Everybody’s Scalin’ – Portal to Another Dimension

Much ballyhoo has been made about the Traxxas TRX-4 using portal axles, but based on the e-mails we receive I understand that some of you don’t really understand what these are or why they are on the truck in the first place. Let’s talk about them.

There are various versions of the portal, but at their heart they all work the same. It’s a design where the axle tube rides higher than the hub centerline by way of a drop gearbox at the hub. This allows for increased ground clearance while still using smaller tires, therefore also keeping the vehicle center of gravity lower. There is also the benefit of a gear reduction at the hub, allowing for less stress on the drivetrain. 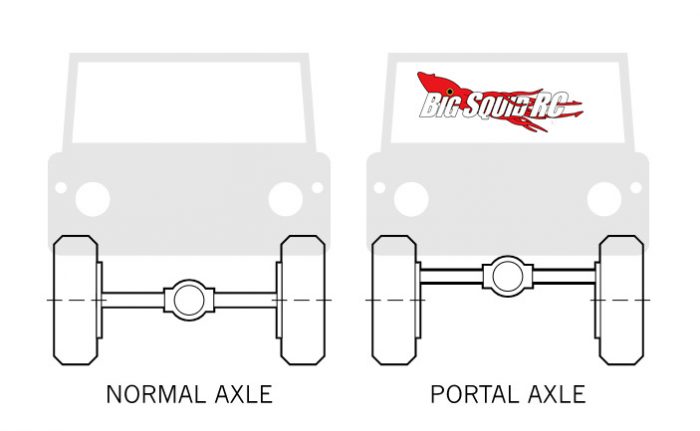 The portal axle design has been around for a very long time, gaining notoriety after being installed on the VW Kübelwagen back in the 1940s. For those not familiar with the Kubel, it was sort of the Jeep of WW2 era Germany. This small car was remarkably capable off-road, and the portals were a big reason why.
Various off-roading vehicles have used them in later years (including Land Rover Defenders like the TRX-4) but they’ve also found a home in larger agricultural and commercial vehicles.

In many ways the portal axle is a cousin to the planetary. A planetary, featuring a central sun gear with several orbiting planet gears (hence the name), is strictly for gear reduction. Farm tractors and large pieces of industrial equipment use them to help an engine turn gigantic tires. This is why monster trucks have to have them. 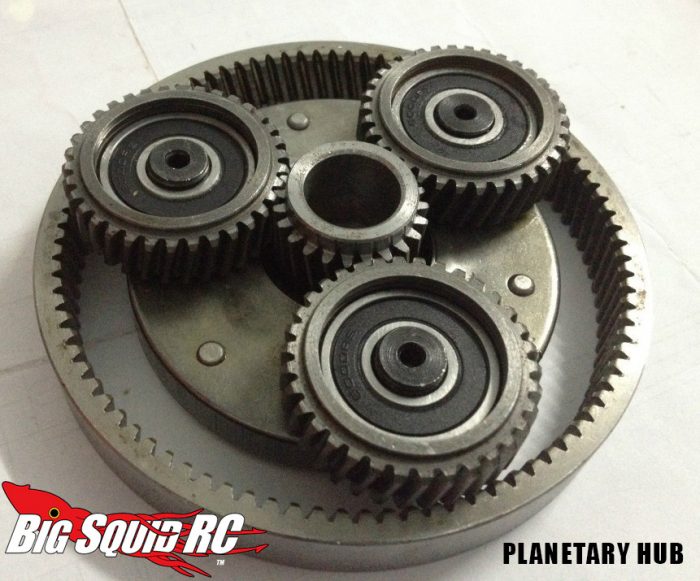 A portal, as mentioned before, has a primary goal of ground clearance with the gear reduction being secondary.

So if portals are so effective, why don’t we see them on everything? Well, there are a few downsides. The hub gear boxes add mechanical complexity and cost to an axle, not to mention weight. Running them at high speeds can also create a heat problem. For these reasons, they just aren’t feasible on many vehicles.

Luckily, on a crawling r/c such as the TRX-4, the downsides aren’t really there. Traxxas isn’t the first company to put portals on a crawler, but I’d argue they are the first to really do it right. Not only do they provide ample ground clearance, but they help reduce all torque twist. Perhaps most important, they’ve proven to be tough and reliable as well.

Hopefully if you had any questions as to why people make such a big deal about them, now you understand why!