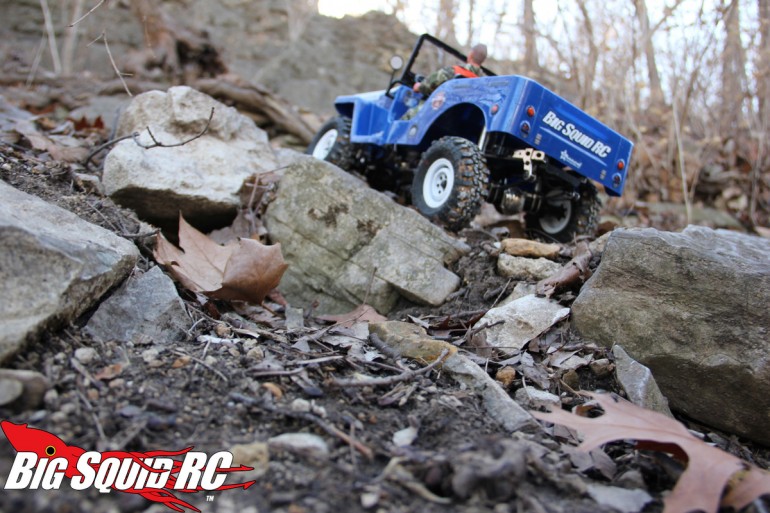 I’m getting close to two years here at Big Squid, and in that time nothing I’ve written has drawn out the gaggle of responses like my column last week discussing the perils of staying in good standing with your local park. Thank you to those who sent in questions, comments, and stories detailing your experiences fighting the good fight. I apparently touched a nerve, so let’s go one more round with the subject.

I want to share a great e-mail that I received from a reader, but before I do that I’m going to add something very important to my list from last week. I somehow left it out.

Don’t horse around in the parking lot / at the trail head before the run.

Anyone that has ever been trailing knows that the parking lot is where all the crazy stuff goes down. While waiting for your group to show up it’s quite common for folks to break out the heavy bashing artillery. 1/8 monsters and buggies are super popular to kill the time before busting out the trail trucks.

The problem with doing this right before starting a trail run is that you are in the most visible section of park and are most apt to draw attention to yourself. Your average park ranger has no clue that an Arrma Kraton doing standing backflips on 6S is any different than a pokey Axial SCX10, so it will be assumed that the type of madness you’re demonstrating in the parking lot is what you intend to do out on the trail. This does not bode well for you.

The only times I’ve ever been given a boot by the man at a trail run was while screwing around in the parking lot. If you really want to avoid trouble, you’d best be careful going big before or after a meet while still on the premises.

Ok, so on to that great I e-mail I received.

Thanks for the article about Rangers always winning.

Had a run in with the Pitkin County open space and trails ranger a few weeks ago as I was on a popular trail/county road in Aspen, CO where I reside. He walked up to me and informed me I was not allowed on any county trail (although the road I was on was technically OK). I replied that he just changed my world, it was not confrontational but he was a bit aggressive.

I am a respectful hiker, cyclist, motorcyclist and have recently caught the RC bug. I used to be a planner for the local city government and I’m also a local volunteer firefighter with the AVFD. I try to play by the rules.

I have an amazing trail 100ft from my back door that I have been running my Wraith Poison Spyder and recently bought a Yeti RTR and kit that I now enjoy as very capable hiking partners. Crushed to learn its illegal and that I will now have to carry the vehicles until I hit the transition to forest service land to turn them on instead of doing door to door runs (spoiled).

I know the Aspen city trail director who used to be with the forest service so I’ve picked his brain about what I can do, where. He gets my enthusiasm but we both agree that the county Open Space and Trails board would not entertain the idea of even small motors.

Any ideas? I will honor the local law and resist the temptation to do LED night runs (which are awesome) but wonder if there’s any groups dedicated
to this effort, and thinking long term, hoping to find some way to share the trails. Exemptions for vehicles less that 10-12lbs? If wheels can roll on the trail then RCs too? Perhaps a big crawling event here would be persuasive.

Help! And thank you for all the useful info on the website – I’m a daily visitor.

Sorry to hear about your predicament. It sounds like you’ve done everything right only to come up with the short end of the stick.

Your best bet is to organize and try and get a group going. When you have an actual club then perhaps you can get them to listen. Even if you do though, it’s still a crapshoot. Some parks just want absolutely nothing to do with r/c and there is no changing that.

This kind of close mindedness infuriates me. In the many miles I’ve traveled with a scaler, I’ve yet to see a trail damaged because of them. The way some people act you’d think they were pollution belching, squirrel punching steamrollers.

But I digress. We just have to keep our heads up and try and be as proactive as we can. Best of luck, Jason. Whether you start a club or not I hope you find a good spot to enjoy those Axial rigs. Oh, and definitely find a way to run at night sometime. It’s a blast.