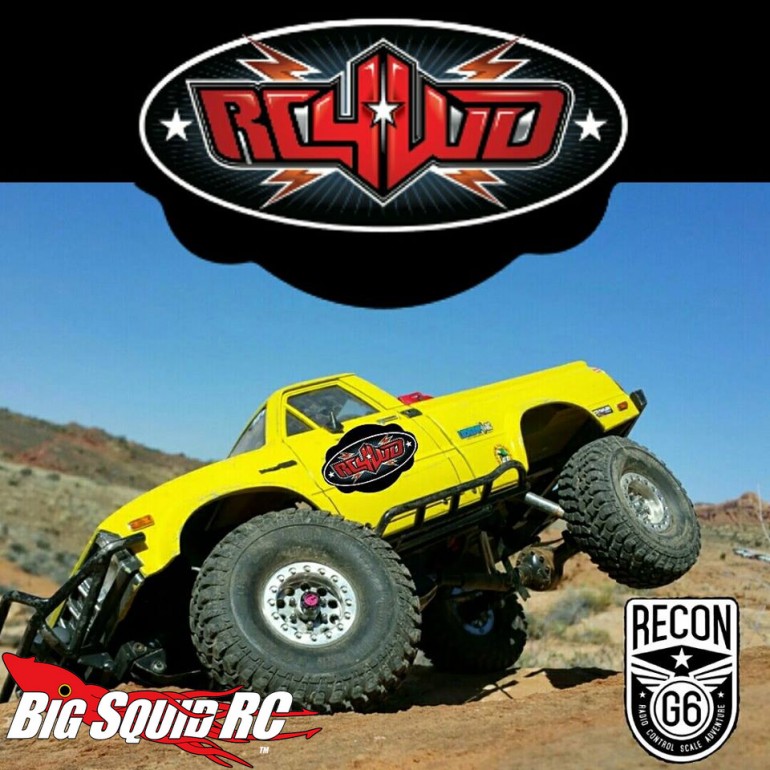 Heya folks, I know it’s a day early for Scalin’, but some big news broke this morning – RC4WD has become the new title sponsor of the RECON G6 series.

This is a huge coup for RC4WD and another feather in their cap as they continue their blitz to gain share in the ultra competitive scale crawler marketplace. From the outside it also seems to make a heck of a lot of sense.

RECON G6 is the premiere series in scaling and given that the G-Train travels all throughout the USA (as well as internationally) there is a good chance it has visited your area and brought the associated hullabaloo with it.

The RECON G6 has been a very important part of not just introducing scaling to the masses, but showing them how much fun it can be. The series prides itself on being the most inclusive noob & family friendly traveling r/c circus that’s going today (gee, I wonder why it’s managed to be so successful!?) so for our money this seems like a very smart get for RC4WD.

Having run in a couple G6’s myself, RC4WD is a natural fit because of the focus put on looking and driving like a 1:1. That’s about as good a match as I can see. All of their kits are packed to the gills with scale realism right off the shelf and are ready for the Camel Trophy style overland racing that makes up G6 competition.

It will be interesting to see how this change in title sponsor shakes things up, and we will find out first hand next month as we are hitting up the May 7th Missouri event.  What new alter-ego will founder Brian Parker now assume? (Parker has been known to dress up like a superhero to promote the company he’s associated with.) I guess we’ll find out.

To keep up on the latest news and see where the RC4WD RECON G6 Scale Adventure Series is heading next, you can visit their official Facebook page right here.