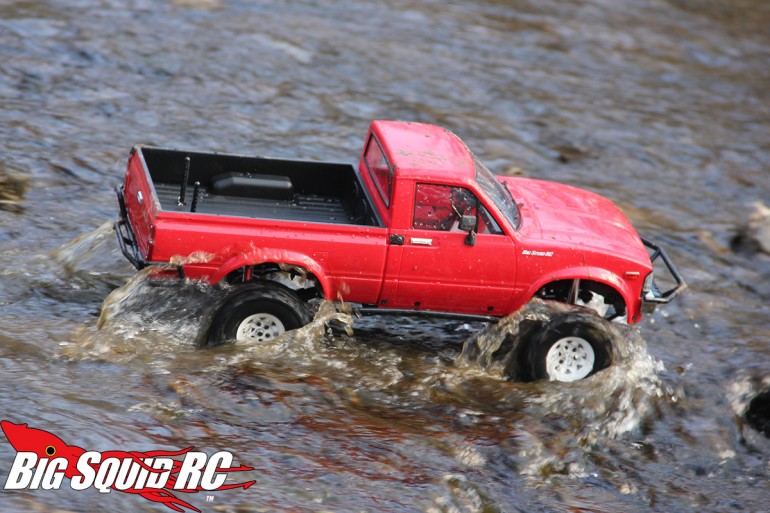 There is a by-product of this, however- the oddity of driving an r/c vehicle where you cannot hear the natural sound. The truck was so loud that others couldn’t hear their own vehicles either.

While this isn’t necessarily a bad thing, it’s definitely different and makes you think about how much listening to our rigs is taken for granted.

Unlike being in an actual driver’s seat, an r/c’er doesn’t have the ability to get tactile feedback i.e. the “feeling” of what’s going on. With that taken away, sound becomes all the more important. The screech of a tire, the winding up of a motor, the clicking of something binding- you take that for granted until it’s not there.

This was my biggest problem back in my racing days; on the big tracks you couldn’t hear your vehicle at all, whether it was too far away or got drowned out by traffic, and it was tough for me to get a read on what it was doing. Specifically, managing my throttle control was tough. I eventually learned to deal with driving a “ghost car”.

That’s a common hurdle any serious racer learns to clear, but it’s rarely an issue on the scaler front as typically the driver is pretty close to his/her truck. Being on the rocks and hills and not being able to hear binding, such as was the case with the sound system cranking out the thunder, is freakin’ weird, man. I never appreciated how important my ears were when crawling.

Let me reiterate this so there is no confusion- on-board sound is pretty damn cool. If you are running a basher or monster truck I’d be totally down. I’m most likely going to put one in one of my Clodbusters. However, on a scaler I think I’ll pass. My driveshafts will thank me for it!