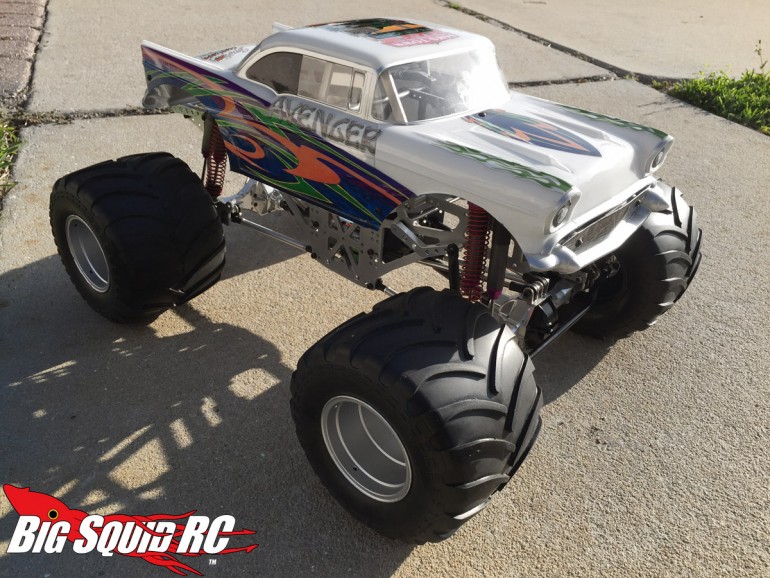 Before I get down to business, let me take a minute to wish everyone a very happy Memorial weekend. Thank you to those who do, have, or will serve…and especially to those who gave all.

Perhaps my favorite r/c announcement of 2015 thus far was made last week (full details here) – Pro-Line announced their new Destroyer monster truck tire. While the tire in and of itself looks awesome, the bigger story here is that an aftermarket giant is getting back involved with the solid axle monster truck scene. The announcement was met with scale monster truckers taking to the cyber streets en masse to celebrate. “Finally, we are being noticed!”, many proclaimed.

While I’m being a bit dramatic here, the fact of the matter is that yes, scale monster trucking is finally starting to creep it’s way into the mainstream r/c world. More and more aftermarket companies have been getting involved over the last couple years. Those of us who have been building them since the Novak Super Rooster was the end all be all feel that interest is at an all-time high.

See, scale monsters used to be primarily custom built and cost a fortune. The barrier of entry was considerable. Today….umm, well they still are custom and cost a pretty penny BUT it’s much easier to get into now versus back in the day thanks to the scale boom. The modified Tamiya Clodbuster has long been the king of the market but nowadays Axial Racing based trucks are becoming more and more common. This is thanks to the availability, toughness, and realistic look of their parts. And with Axial parts come the myriad of aftermarket options. At this point you can build a truck out of just Axial stuff, save for the wheels, tires, and chassis. It’s not a “have to know a guy” situation like it used to be. 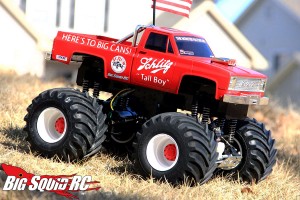 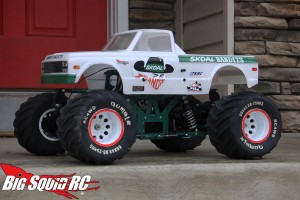 I’ve built various makes and currently race two Clods monthly with a local club, a full on race truck (Skoal Bandit) and a classically setup retro monster (Tall Boy). I can tell you first hand that the popularity is exploding. Our numbers have grown each month and we are inundated with people asking us “How do I build one of these things?”. I know from talking to others around the country regularly (the scale monster community is pretty tight knit) that it’s like this everywhere. Perhaps only in the late 80’s / early 90’s has interest ever been at this level.

So yeah, as this segment of the hobby gains steam it’s fantastic to see a company like Pro-Line charge onto the battlefield. The more companies that hop on board, the easier it is to build and run one of these beasts. And hey, while an “out of the box” competition worthy kit may still not exist, all evidence suggests that we have to be getting close to one….right?

P.S. thanks to Mr. BAM aka Bari Musawwir for sharing a pic of the Destroyers mounted up to his CPE / Axial based monster, seen at the top of the page.