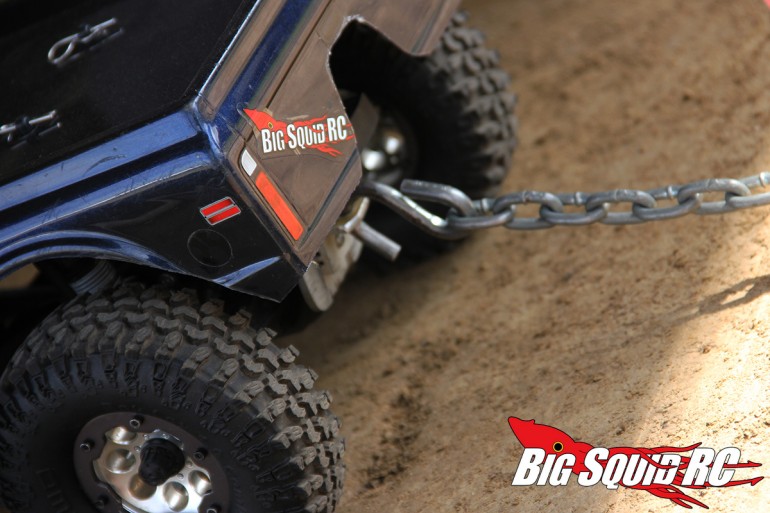 Happy New Year! With the first day of 2016 upon us I figured I’d put on my tinfoil had and make a couple predictions for what we’ll see in the world of scaling over the next 365 days.

Before looking ahead, last year I made several predictions for 2015- that a scale short course truck would come out (while technically a “Trophy Truck”, this was close enough to be right I think) and that it would ignite a racing boom (uh, I was VERY wrong here but again, the Axial rig was a trophy truck and not a more race oriented offering). I also thought we’d see the momentum of 2014 carried into 2015 with a swath of companies finally jumping into the scene with rigs of their own. I was wrong here as well for the most part.

2015, at least the majority of it, turned out to be a year of regrouping and planning for most of the hobby. As such, from my point of view it really felt like the scale boom had finally cooled off. Well, at least it felt that way until the flurry of activity late in Q4. I think I missed my prediction by a year.

As such, I predict 2016 is going to be THE banner year for scaling. The general scuttlebutt is it’s going to be very active for the manufacturers.  Look at some of the big announcements that came way late in the year. The Axial RR10 Bomber, the aforementioned Axial Trophy Truck, the HPI Venture FJ, scale aficionados finally have new stuff to be really excited about (in the case of the Bomber apparently Santa has a contact at Axial because a lot of friends got them for Christmas)…excitement that was lacking for most of last year.

There are also a couple big releases that are heavily rumored – one being the long awaited SCX10 v2 and the other I can’t comment on, but suffice it to say it’s by a very well regarded company. I’m sure there will be other surprises as well, but my main point is that there is a lot of activity going on. Activity that should breathe some more life into the genre.

As many manufacturers finally come on board with complete kits, I also think this is probably the year that scaling hits maturity from a growth standpoint. Some would probably argue it’s already reached that spot…but I think some of the stuff coming down the pipeline can still generate a lot of interest from outsiders and move the needle. This isn’t a negative prediction, it’s just inevitable.

I’ve been involved in the hobby for several decades now, but two distinct eras stick out as I was heavily involved in both of them. The Monster Truck craze of the early 2000’s and the short course boom a decade later. Both drove all sorts of new people to the hobby and eventually the growth petered out as a saturation point was reached several years in. It feels like we are about at that point with scaling.

The good news though? This is now a solid genre that has proven legs and is here to stay. It may not always be as popular as it is now, but it will be definitely always be a thing. And heck…maybe I’m off base and the next few years will continue to be red hot?

So that’s what I see in my crystal ball. Save up all ye scaler faithful, I’m thinking 2016 is going to be a fun year for us.