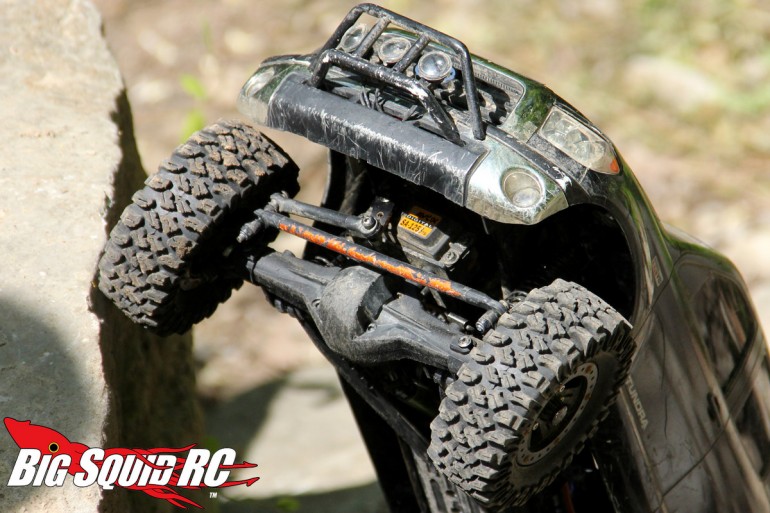 Due to the massive popularity of scale crawlers there is a thriving used marketplace. Thanks to this, many prospective scalers have taken the plunge by buying a pre-owned rig – heck, that’s how I got into it a few years ago. You can certainly find good deals but you also need to be wary of the jokers pawning off “rode hard and put away wet” hunks of garbage.

The vast amount of good trucks available and the fact it’s a buyers market mean that going used is definitely a viable option, but doing a little legwork beforehand can save you money and a headache. Here are a few tips for the newbie to look out for when cruising the classifieds. While this guide pertains to scalers specifically, many of the things here apply to general r/c as well.

LOOK OUT FOR RUST

Running in the water has become a favorite activity of many a scaler which means this is especially important to look for. Rust not only means water, but also suggests improper care was taken. Look, I LOVE running in the wet stuff but I always make sure to A: pack my axles and tranny with marine bearing grease and B: dry and lubricate the wet parts immediately after a run. You can go swimming and still keep the vehicle in good looking/working order with care, so to see a rust bucket suggests that care has not been given.

LOOK FOR EXCESSIVE ROCK RASH, ESPECIALLY ON THE PUMPKINS

Outside of rust, the easiest way to see how hard a rig has been pushed is to checkout the pumpkins for rock rash. For you complete noobs, the pumpkin is the axle center section. Severely rashed axles are a sign of heavy use and could very well mean a worn out drive train or other parts.

GO FOR A TEST DRIVE

While this isn’t possible for someone buying off an internet forum, if it’s a local transaction and you are buying a RTR then definitely give it a test drive. Make sure it drives smoothly and be aware of excessive squeaking or binding.

I see this all the time on for sale forums. A guy has an Axial SCX10 with a couple Integy trinkets and all of a sudden is asking better than new prices for his totally “tricked out” truck. Oh brother. Don’t fall for this. Now granted, a totally Vanquish’ed out rig can definitely be worth some extra jack, but if the seller isn’t reasonable then pass. I’d argue that a first timer is probably better off just getting something stock as it’s cheaper and you can add hop-up later as you see fit.

One of the best things about the scaling genre is the variety of customization you’ll find on trucks. A truck can be a blank canvas that a builder does something amazing with…or a jerry-rigged mess. If you’re an inexperienced crawler then it’s probably unwise to go with something custom because it can be hard to find support. Start stock and you can eventually work yourself up to a wild exo-caged crawler after you get your feet wet and know the ropes.

USE CAUTION WHEN DEALING WITH STRANGERS IN PERSON

I know, I know…this should be obvious and it doesn’t just pertain to scalers but due to recent events I feel the point needs to be driven home. Never meetup at your house, and if the person seems shady or “off” when you do meet then you probably should just walk away. To give a personal example, last year a friend of mine (a guy that’s been in the hobby forever) made a deal with someone at his house. The next day he found out that over 15k worth of his stuff had been ganked. All of his scalers and crawlers, totally gone. Months later they caught the thief but, sadly, a lot of the stuff had already been sold. His hard learned lesson really opened my eyes. Don’t let this happen to you. I don’t care how many deals you make, if you let your guard down one time that’s all it takes!
————————————————————————————————————

Remember that it isn’t always cut and dry. Sometimes a POS can look new and other times something that looks beatup can actually be a great piece. For instance, the truck I used in this article pic belongs to a friend of mine. While the truck has definitely been in some battles, he takes great care in maintaining it and it’s a very reliable runner. The trick is identifying what’s what, and while certain things can be hard to see for a noob, more times than not it’s pretty easy to identify a clunker.

The ultimate recommendation I can give to a newbie is buy new if you can afford it! Then you know for sure what you’ll be getting into to. No matter what you get, hopefully you land a rig you’re happy with. Best of luck!