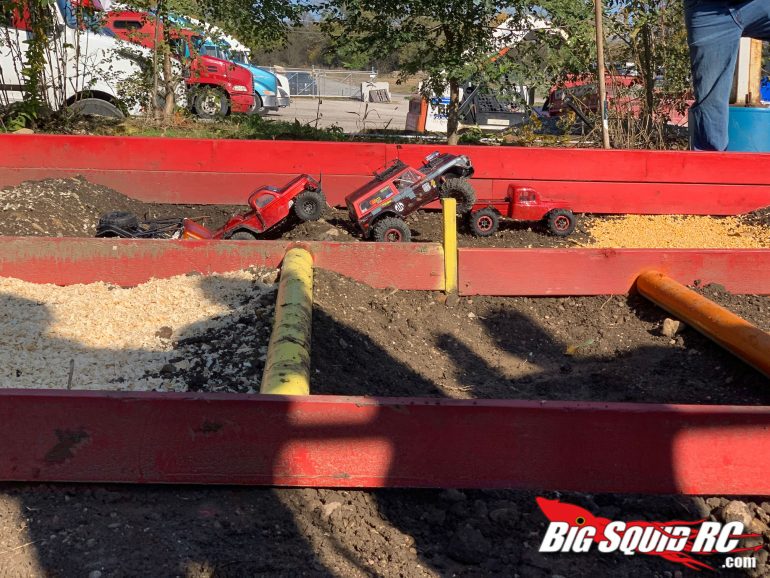 Apparently, I don’t watch enough tv and have been missing out on a cool show called Truck Night in America. But one of the local Crawler courses, Crawler Canyon, and pretty much everyone else has seen it and Crawler Canyon put on a scale version of the show. After going back and forth on what rig to use for this event I ended up using the Axial Racing UMG10. Even though I haven’t seen the show before I know from what my buddies were telling me that one of my doll house trucks would not be the best choice. So, the UMG10 seemed like a good all-around rig to use and It did not disappoint me. 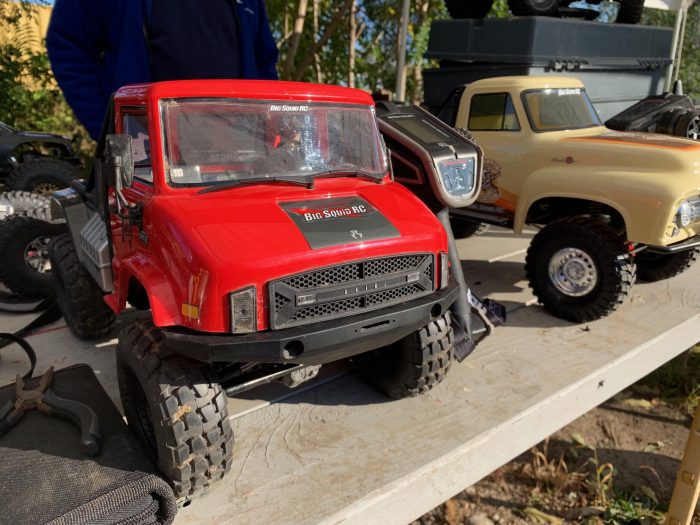 Crawler canyons truck night in America event consisted of four different competitions, an obstacle race, silo tug of war, shed push and a timed mini G6. During the silo tug of war, the UMG10 fought like a hungry dog and had a great battle with John Van Hoesen Jr. but in the end the UMG10 just didn’t have the power to finish off Johns rig. Well played John, well played. Out of the four competitions my favorite was the obstacle race, seeing crawlers racing around a little track crashing and smashing into one another fighting to just finish was probably some of the best racing I have seen in a bit.

So far, every event I have attended at Crawler Canyon has been fantastic and well organized. Crawler Canyon is not your normal RC track that you can just walk up to any day of the week. But I think that’s what makes the Canyon so great, the anticipation of an event is what will keep people interested and retuning time and time again. When you have a track or course you just go up to whenever you want to it loses its lust to you, that’s why you see people who have home tracks constantly changing them around, my self-included. Crawler Canyon is starting to become one of Illinois hidden RC gems tucked in the middle of an industrial park in a town of about 2,000 people.

Would like to give a big thanks to the crew at Crawler Canyon for putting on another great event and I am looking forward to the next. Take a look at some of the pictures of the event and I would like to thank Joe Harrison and Tyler Comerford for taking a few pictures for me. Ok, now I’m going to go and finally check out this tv show, I promise, lol have a great weekend and keep Scalin’!