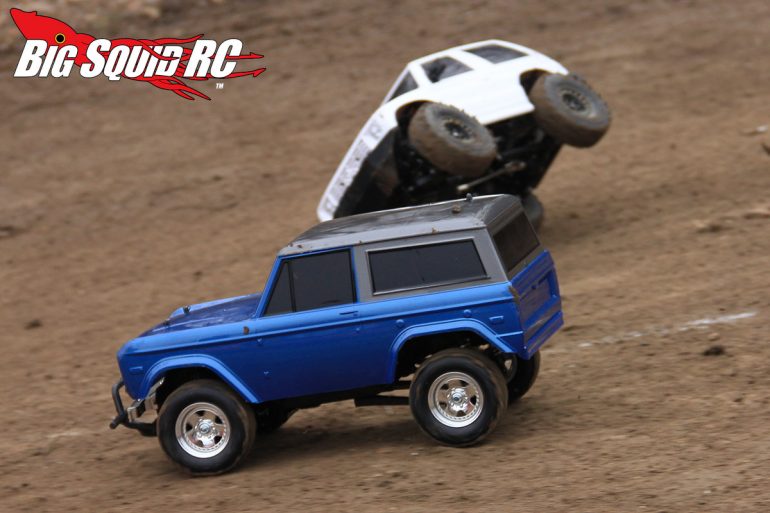 Back in late October I wrote a post detailing my monster truck club’s plan to incorporate a “Tuff Truck Class”, based on Tamiya’s long-running CC01, next Spring. You can check that out right here.

Well, “next Spring” is finally here (well, not really…it’s been cold or snowy in most parts of the States, but I digress) and our club kicked off the 2018 outdoor season last weekend. It was time for the Tuff Trucks to make their debut!

Running these trucks on a course fit for a monster truck was a lot of fun! These rigs were not meant to jump, as they handle airtime just about as well as your daily driver would…but that’s the point! The included 27t speed provides enough pep to let them launch off ramps.

While the rules we made up state that the vehicles can’t be significantly modified in many ways, the one thing that most of us are gonna do is probably remove that large front bumper. It likes to slap into things and dig into the dirt, neither being conducive to racing. Other than that though, they worked great.

We had four of them on hand, so they raced in a standard bracket with random seeding. The win of the day went to my pal Ross Hinshaw, wheeling the white Pajero.

Now that we’ve done a proper “beta test” for how the competition with these will work, we have several more under construction. Later this year I’ll do a report on how this whole deal fared, as well as provide some modding/setup tips that we are sure to discover. Until then, enjoy a few pics!