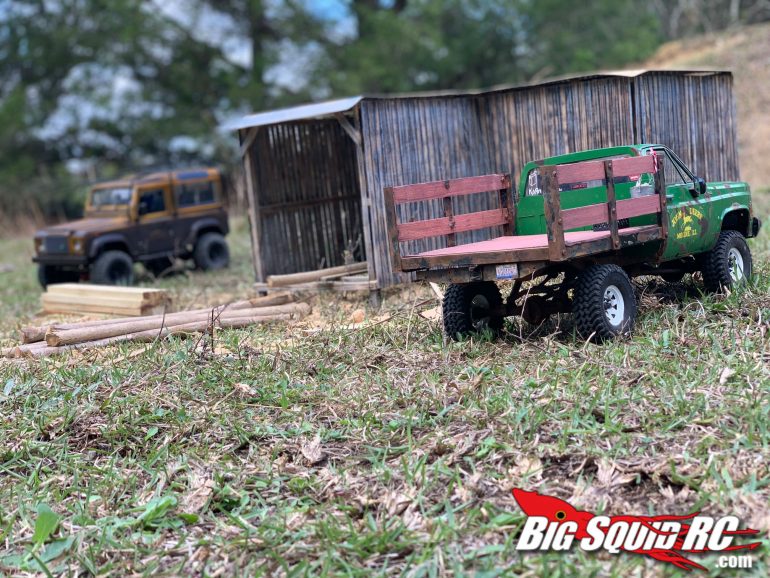 When you hear people say “This will go down in history” have you ever wondered how do they know? When George Washington cut down a tree do you think he knew it would go down in history? How about when Jimmy Hendrix played the Star-Spangled Banner? After attending The Ultimate Scale Truck Expo 2020 I can say, with confidence, that USTE 2020 will go down in history in the RC world. This was Big Squid RC’s second year attending and our first year as a sponsor for the event. Our Experience was great last year, but going to an event for the first time, that has a very close net of people, can be just like the first day at a new school. A little scary and you hope you don’t say or do the wrong thing. Coming back for this year’s event was a completely different experience. Over the last year I have kept in contact with a lot of people from the event and rather then stay at some boring hotel, Big Squid RC was invited to stay at a massive Airbnb with a few other vendors. Now, never getting to experience camp as a kid, I think our decision to stay at the USTE Airbnb made up for what could have been a lost childhood experience. Lots of fun with nothing but happy faces and tiny trucks. I did however start to notice I was picking up a slight hint of a Canadian accent after spending 3 days with some of the Canadian Airbnb buddies. 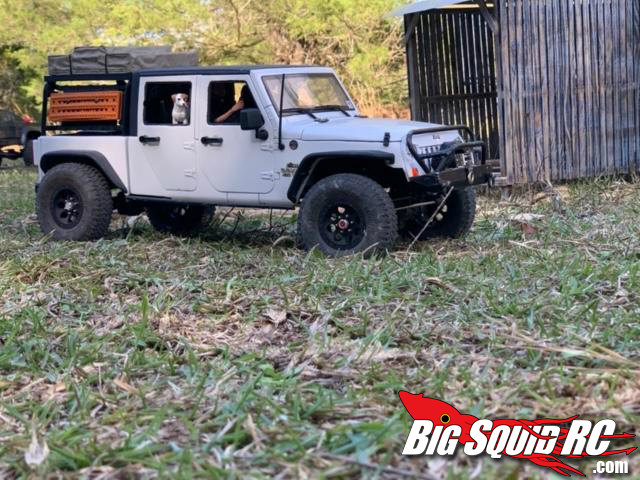 Day one was a cold one and even though we are from Chicago it was even a little chilly for us. Waking up that morning I was a little worried the weather would affect the turn out on the first day. Not even a cold gloomy day in Florida could stop the masses from doing some tiny truckin. Over 477 people, including spectators, attended this year’s event. After seeing the line of people waiting in the cold to enter the event it became perfectly clear that the word had gotten out about The Ultimate Scale Truck Expo. This years GCM Racings Show and Shine gallery was insane with many talented builders. I was a judge last year and let me tell you, that’s not an easy task. So not being a judge this year was a blessing. The USTE builds get better every year and 2020 was no different. We didn’t bring home a GCM Gallery trophy this year so that means we just need to work harder for next year! Classes this year consisted of painting with Josh Dutton AKA RC Everyday, styrene building 101 with Michael Wittenburg AKA Fourth Protocol , and motor Tech 101 with John Holmes of Holmes Hobbies. The trails of USTE are the foundation of the event and this year they were peppered with scale buildings along with a entire trail made to look like the video game Mud Runner, thusly amplifying the ultimate scale of the event. The grounds where the Ultimate Scale Truck Expo is held is the perfect back drop for the event. Cedar Lakes Woods and Gardens is a beautiful botanical garden right out of the Jurassic era.

Day two brought warmer weather and wouldn’t you know it, more people. Along with the trails being open the whole day of the event a few mini events are held as well in the center of vendor row. The track layout for this year’s vintage buggy and monster truck racing was, in my opinion, perfect and became a fun run that was free for all whenever it wasn’t being utilized in an event. The 1/14 scale semi-trucks took center stage in vendor row with a good-sized layout which included a parking lot, scale bridge and a smooth trail around the racetrack. For me, that was the first time I have seen more then one scale semi running at a time and I couldn’t get enough of the random parades. In fact, the amount of random awesomeness that occurred in the center of vendor row was entertaining the whole day. 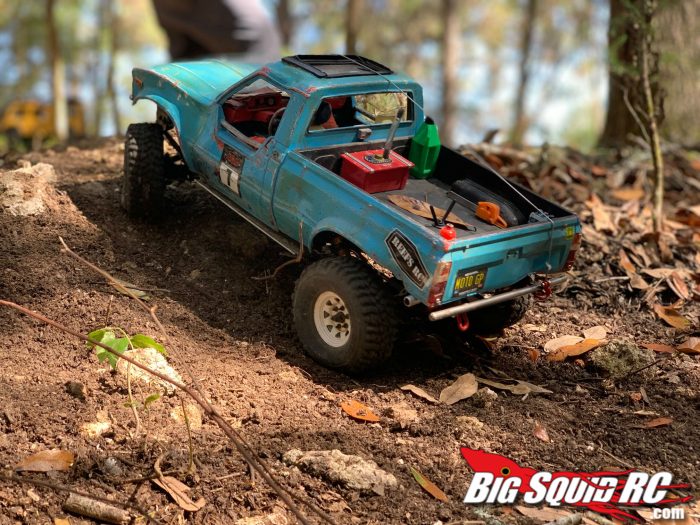 Like most events USTE has raffle prizes to hand out at the end of every day, everything from full RTR rigs to scale bricks. This year’s event had two amazing charities, the Crawlers for Kids and a newly founded college fund for the late Nick Chwalek’s son. We had an extra hoodie so we tossed it into an auction for Nicks son and when the first person offered 100 bucks right out of the gate I was taken back. Then the number got higher and we ended up getting 500 bucks for the hoodie to go toward the college fund for Nicks little boy. Mike Green from Pitbull Tires was the lucky winner to take home the best hoodie ever made, and then he upped the deal and auctioned off a full set of 1.1 Pitbull tires. When I sit back and thing about how much was given to both charities it tugs at my heart and reminds me that this is why the crawler community is the most popular. 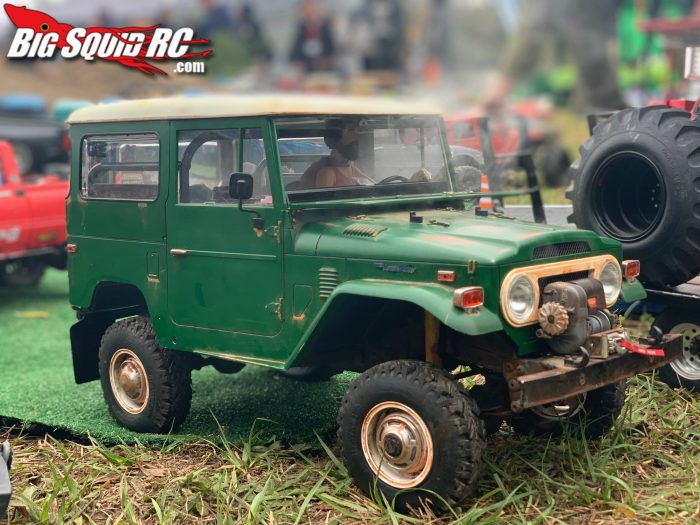 The last day of an event is always filled with a slight feeling of sadness for the simple fact the event is coming to a close. Reality starts to set in that you are going to have to go back to the 1.1 world but USTE has the feeling covered with a Big Squid Style bash to get out it all out and leaving nothing behind. The Ultimate Scale Truck Expo is growing at a fast rate and is already showing signs that next years event will be even bigger. This growth wouldn’t happen if it wasn’t for the whole USTE Crew busting their backs to make the best scale RC event in the country. 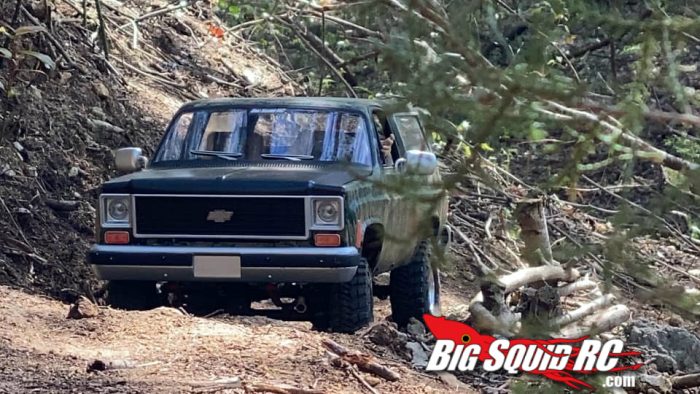 This year Big Squid RC had a lot of support in helping make our trip to the event happen. A massive thanks goes out to RC4WD for making sure we had what we needed to hit the trails, MaxAMPS batteries for giving us the power and longevity needed to make it through the weekend, Remote Control Hobbies – Orlando for letting us use your shop as a trading post, the USTE Crew for making sure we had everything we needed, Greg Holman for being the best helper and hype man around, Nick Barber for letting us crash on your couch for a night P.S I folded my blanket, and last but not least everyone who came up to the booth and showed your support for Big Squid RC. It was wonderful to meet each and every one of you. Till next time, keep scalin’ and see you at USTE2021!!!! 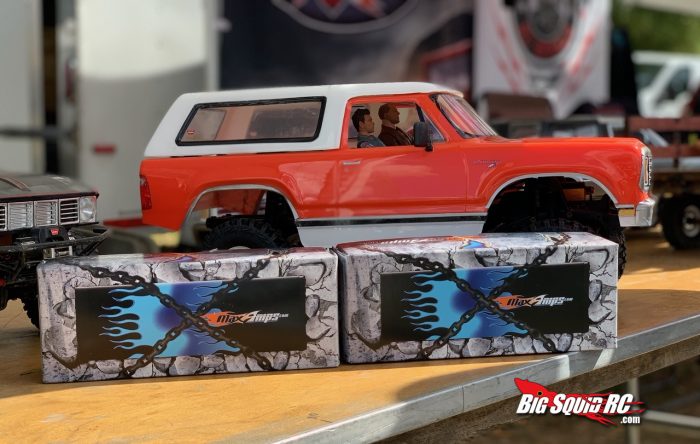