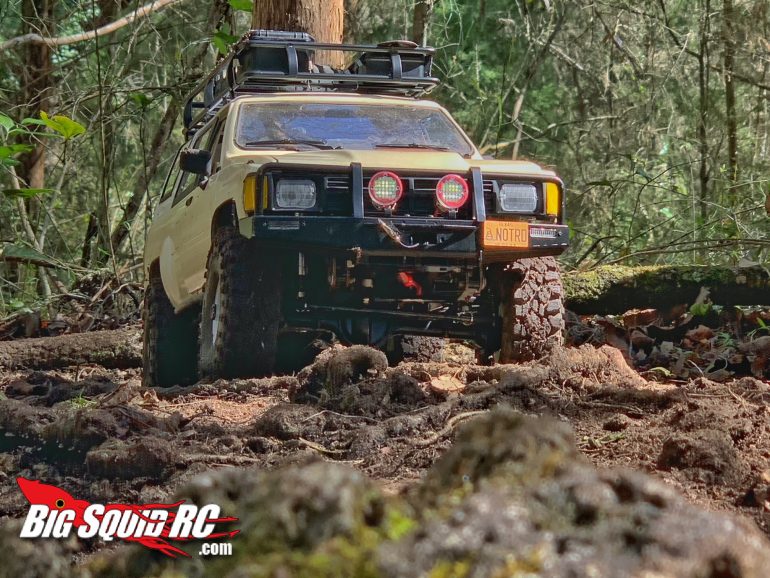 We have come down to our last round of pictures from The Ultimate Scale Truck Expo. This year’s event was special, not that USTE is never amazing but this year had an atmosphere that I have never seen at any events from the past. Maybe it was the fact that people are ready to move on from the year of fear media, being cooped up like a chicken, and not being able to enjoy the little things, that end up being the best for a good state of mind. Or maybe it was Operation 11 Charlie Inc being in the house for their first event. Getting to see those guys experience the generosity of the scale hobby was breath taking to say the least. I think I cried more at this year’s USTE then I have in the past 4 years, now I have seen some amazing generosity come out of the hobby but never like this. What got me by the feeling the most was when RC Everyday heard a kid and his grandma had to share a rig on the trails, he walked over to Remote Control hobbies of Orlando’s booth and secretly picked up a new rig for the kid. Even though Josh did not do it for the event to see, Rob Mathews let everyone know over the mic and there was not a dry seat in the house!

Over the last 3 years of Big Squid RC attending USTE we have seen the event evolve in every aspect, from attendance to attractions USTE is well on its way to becoming the world’s largest scale RC event. In our USTE part 2 video there is a scene at the entrance of trail two, where me with the Blazer and RC Everyday and his 4runner are parked by the sign watching all the people flood into the trail. The scene represents the growth of the event, when me and Josh came to our first USTE, trail two was the first one we hit. Both being new to the event and not knowing the impact that one trail ride would have on our RC adventures. From that point on Josh and I have been massive supporters of USTE, going from just me and him on the trail, to watching a lot of new people walk on for their first time was a great feeling.

Maybe the rest of the world can take a page from USTE, where politics, race, gender, and whatever else people are being completely ridiculous about, do not mean a damn thing! Then maybe the world would be a better place, until then I will just keep going to The Ultimate Scale Truck Expo for the biggest Family Reunion the world has ever seen.

Big thanks to Greg Holman and Muckboots Mike for helping run the Squid booth, you guys rock and look forward to our next event together. Have a great weekend and keep scalin’!