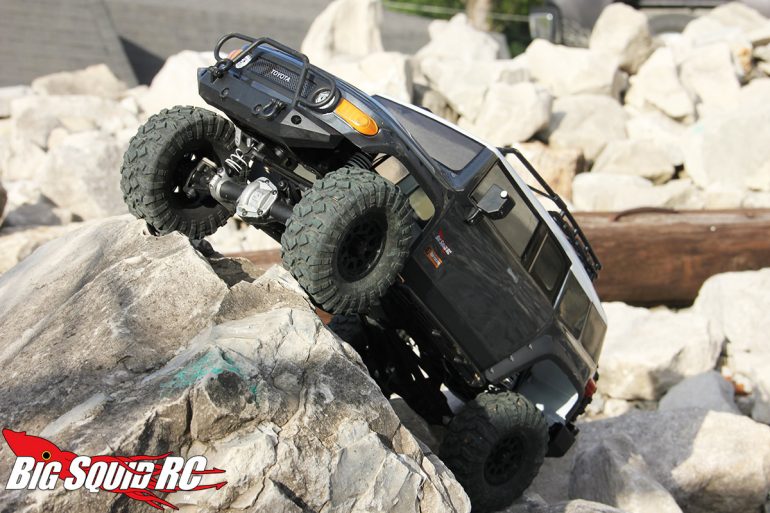 It’s been about a month and a half since we finished our HPI Venture FJ review, and I’ve since put in quite a bit more time on the truck. I wanted to give some updated thoughts, especially after driving so many other rigs recently. Let’s talk about the Toyota, shall we?

I really enjoy how this truck is laid out from a chassis point of view. The longer I’ve had it, the more I love this configuration. Slight mechanical complexity be damned, I love the divorced transfer case!

When on the trail, it performs very closely to the other modern trucks in its class. It’s the same on the rocks. Very solid, if not standout.

There is one arena where it excels though, and I touched on it in the review. It’s been even more apparent as of late. This sucker can climb!

Hill climbing is my favorite scaling activity. I’ve talked about this several times over the years. I’d take a craggy, steep and slightly dangerous hill to climb over standard rocks any day of the week. I don’t know why, but I’m just drawn to them. The Venture is the literal king of the hill in this regard.

The truck has the motor and transmission mounted way up front on the chassis while still keeping it low so as not to have a crazy COG. The body is also lexan, so there isn’t much weight up top like, say, a TRX-4 or something from RC4WD. This makes for a truck that is remarkably stable under extreme vertical conditions that send similar trucks ass-over-tea-kettle.

The tires are decent for a RTR even if they are un-spectacular. Some tires seem to wear in the more they get used, but in my opinion these work about the same as they do when the truck is new. Again, not bad but not great. Anyways, back to the climbin’ discussion.

When you pair the truck with aftermarket Pro-Line Swampers (I swapped on some of the OG 1.9’s that I’ve had forever) it’s about as good as you are gonna get out of a 1.9’er in a hill climbing situation with a brushed motor.

The truck has proven be very durable. Our pre-production kit has held up and nothing has broken. It’s proven to be a really stout design. HPI did really well here.

One can’t help but think how the scaling landscape would be different had this truck released in early 2016 like it was originally supposed to, there-by beating both the SCX10 II and TRX-4 to market. Regardless of that “what-if” scenario, it’s nice to see that HPI’s long awaited truck is a performer.

I really hope the truck sells for them and that the aftermarket gets behind it. The hobby is much better when HPI is strong and putting out good stuff!