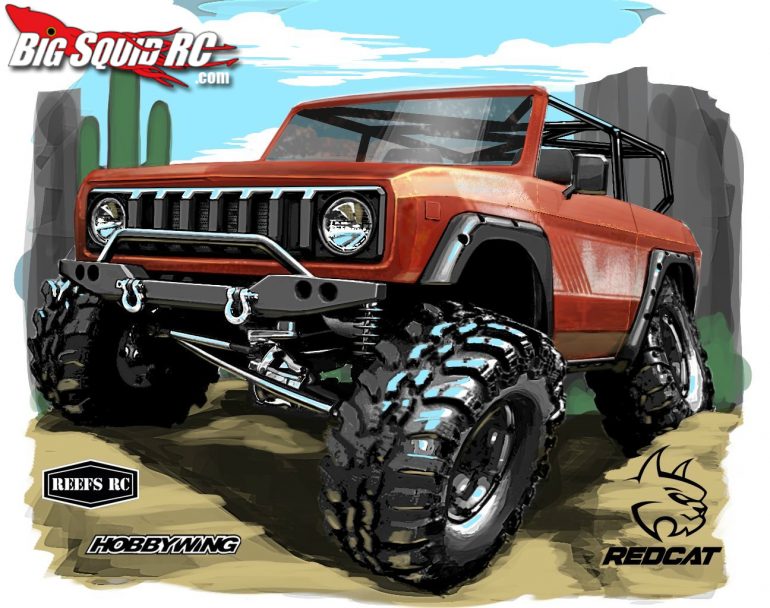 Its black Friday and most people are thinking about who has the best deals. Then you got me, and all I can think about is, “what does Redcat Racing have up their sleeves?” First, it was a new logo and by the way, Redcat Racing, it looks killer. Then, a couple of weeks ago we started to see some posts for Redcat about what you need to do if you are trying to make a scaler out of the Gen8 International Scout II. At first I didn’t think anything of it but by the third post I started to look at the previous posts in a different way.

It seems like just last year, right about this same time, we were talking about the release of the Gen8 and anxiously awaiting its arrival. Once the Gen8 did make its way on to the trails, all over the world, the rig lived up to its hype. Then, Redcat gave us the Gen8 PACK, so now more then ever before you are seeing Redcat chassis on all kinds of rigs.

I have learned that I’m a one step ahead thinker. When any company comes out with a new rig the first thought I go to is “what are they going to do next”. Well, I think Redcat is telling us what is coming next and that’s a scaled out Gen8 Scout. For what they have shown us so far, it’s a Scout with the top off and a full interior. But it doesn’t stop with just new cosmetics, the most recent post talked about some electronics that “you would need on a rig”. Redcat did some serious name dropping as well mentioning Hobbywing and Reef’s RC Products for “suggested electronics”. Remember, this is still all speculation, much like an episode of RC Conspiracies on YouTube, I don’t have 100 percent confirmation. And if it is going to be a new rig would it be a RTR or kit? Kit would be more expected with the higher end electronics suggested for use as Redcat makes it sound like in their post. If it’s an RTR and comes with a Reef’s Servo, then Redcat is going for the throat in the RTR Wars!

I would keep a close eye on that big hungry cat lurking in the shadows waiting to pounce. One of the hashtags used by Redcat was #staytuned so you know something is coming. Have a great weekend and make sure to check out the Big Squid RC store for some killer deals! Till next time Keep Scalin’.