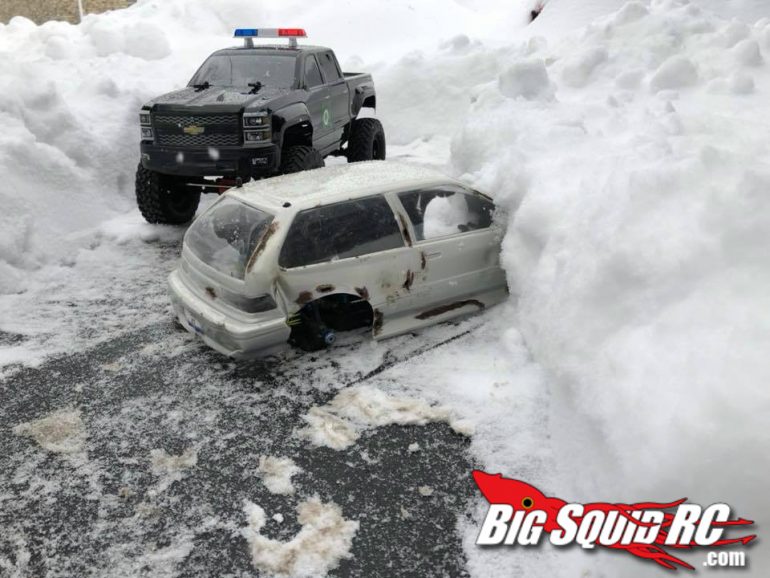 It’s that time of year again, you know what I am talking about, project season!
For all of us in the northern parts of the world winter time means it’s time to start the projects we have been thinking about all summer. And with some amazing products coming out like the Axial SCX10II kit or the RC4WD Desert Runner, we scalers have some difficult choices to make; my project list has been growing steadily for a few months. Now if you are one of the lucky ones who happen to live in parts of the world that are warm all year round then you might not understand the winter build season. I myself have a rule that if it’s colder than 35 degrees then I don’t go out and play with the rigs. Plastic parts are extremely weak in cold temperatures, what would be an insignificant scratch in the summer could be catastrophic broken part in the winter.

The first major project on my list has to be the remodel of my scale garage. Over the last 3 years my shop has had some renovation but I still kept the center piece as my core foundation. After tossing around some different ideas I have finally made up my mind on what to do. Instead of having one massive shop I’m gonna break it up into three different styles of garages. First one being a big shop that will have the RC4WD BendPak lift and loft. The other two shops will be more of your every day garage you see in the 1.1 world. Not everybody has a lift in there 1.1 garage so why not do a shop or two that represents the average Joe?

Second, is doing a dually build using the New Axial SCX10 II kit along with some Premium RC4WD and ScalerFab parts. I have been seeing some beautiful dually builds on the Facebook pages lately and that is just fueling the fire. But you can’t just have one winter rig build, right? You need at least two, that way when your build on one rig comes to an unscheduled delay like waiting for parts, running out of hobby funds, or frustration, you can possibly work on the other and keep the scale train rolling. So, expect to also see some pictures of my Back to the Future Delorean build floating around. I took some inventory of the parts I have received and think I have enough to start the build ahead of schedule.

So what builds do you have planed for the long and cold winter? I would love to see and hear about your up coming or current projects. Feel free to email me at Jeremy@bigsquidrc.com and I will be sure to send you some Big Squid RC stickers for your rigs! Till next time, have a good weekend and keep scalin!