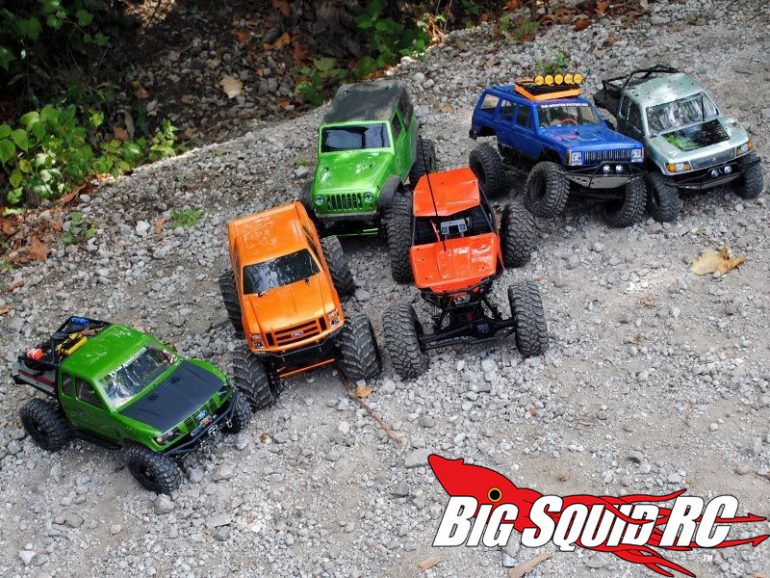 Whether I’m discussing a club I run with on here or some other corner of the Internet, there always seems to be a few people that chime in with “I wish there were people near me that did this.” I know the feeling, as I used to carry that thought around when I first tried to get into scale crawling.

I started with scalers in 2010 but soon quit as I couldn’t find a local club of like-minded enthusiasts. It eventually got old running in the park with me, myself and I. I wound up selling everything and tried getting back into off-road racing, but I couldn’t shake the scaling bug. In 2012 I decided enough was enough, purchased another truck and started a Facebook page for a club. I figured their just HAD to be other locals like me.

Turns out I was right, but it took some time. Our first trail run was just a few of us, mostly strangers (a pic from said run is above, I had the Cherokee). We gradually picked up a new driver to roll with so six became seven, seven became eight, etc. It was so much fun!

All of a sudden six months had gone by and the strangers were now friends, and the six trucks became a solid thirty. It was like this with my monster truck club as well.

The point of my brief story here is to tell you that the reason there is no local group for you to run with is that YOU haven’t started it yet!

I takes all of five minutes to come up with a club name and start a Facebook Page/Group, and anymore that’s all you really need. Bonus points for a catchy name! You can then start getting your name out there on the various crawling boards/groups that are now so prevalent in the digital age.

I’ll even do my part to help you out, should you decide to try.

Simply e-mail me – doug@bigsquidrc.com – with a brief description of your club/group, your location and some sort of link to where people can find more information on you and I’ll start running them right here in the weekly Friday thing. Hopefully that will help get the word out.

Scaling is an amazing thing that, to me at least, is infinitely more fun in the company of others! If no club exists near you, go ahead and start it! You may be surprised at how many like-minded loons live in your near vicinity!