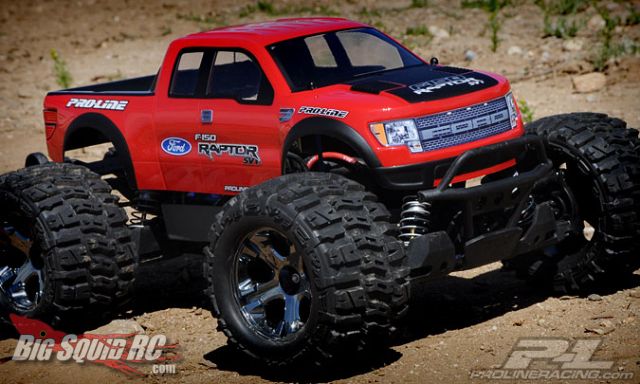 Pro-Line has another Ford F-150 Raptor SVT body ready for you to purchase.  This time it’s made to fit the good ol’ Stampede and the new hotness Stampede 4×4.  It’s formed out of some bulky .060″ Lexan so it should handle all the rough-and-tumble you can throw at it.  You can expect to find decals with officially licensed Ford logos, window masks, and overspray film.  Just paint it and mount it and you’ll be good to go.

You can expect to find this version of the F-150 Raptor SVT body on store shelves around the 23rd of this month at a list price of $28.95.  Check out the Pro-Line website for more info.