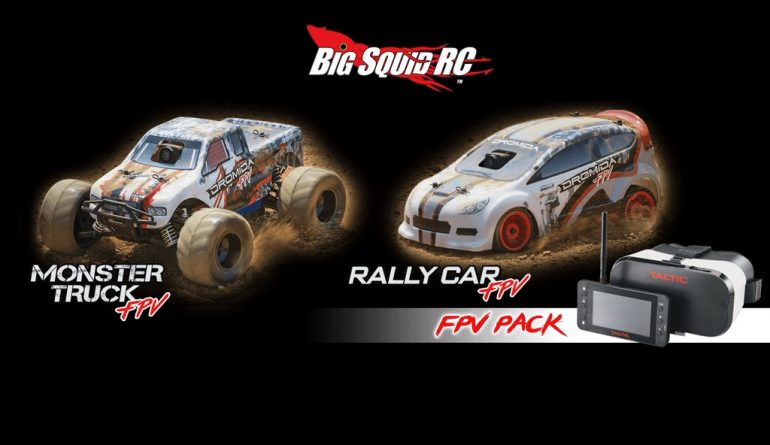 After a Sneak Peak at the NRHSA Show, Dromida has now released full details on their upcoming FPV Packs. Both vehicles are BIG news as they will become the first ready to run first person view vehicles to be released from a mainstream hobby grade company.

The Dromida FPV packs come in two forms, a Monster Truck (#DIDC0080) and a Rally Car (#DIDC0081). Both will be street priced at $229 and come completely pre-built and loaded with all the gear necessary to drive via FPV. These are basically two perfect starter vehicles for first time FPV drivers, cars that will give you a full taste of FPV without putting a huge dent in your wallet.

To get even more details hit up Dromida’s Official Website or you can Click Right Here for more Dromida news on Big Squid.