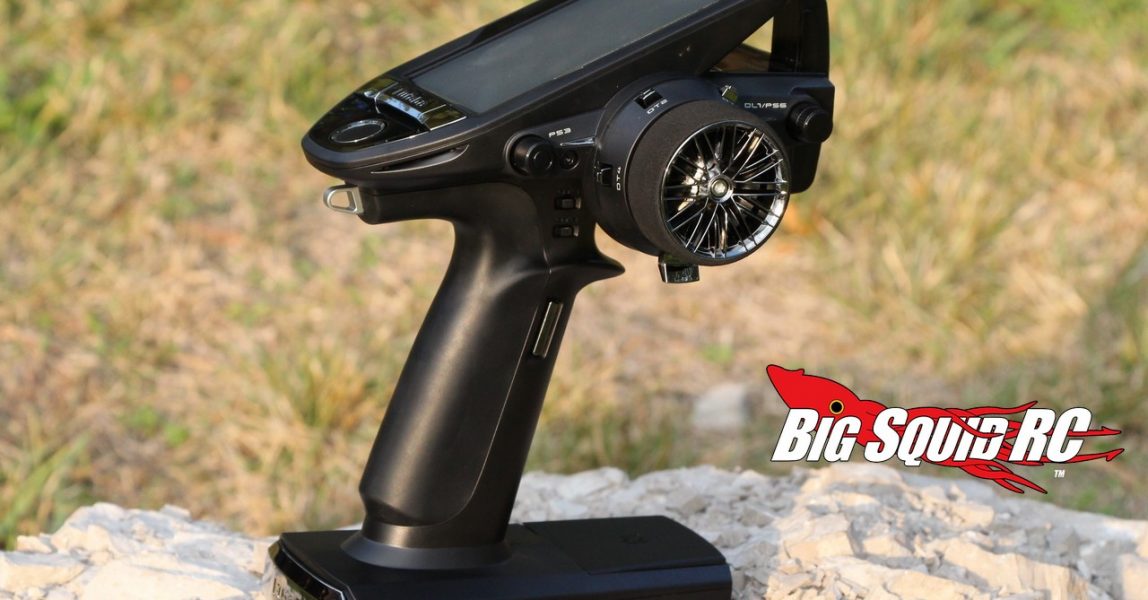 While RTR radios have come a long ways in the last decade, there is nothing like owning a truly high-end transmitter. High-end units not only come with a lot more features than RTR units, but they are also faster and capable of taking your driving to another level.

Recently the Futaba 7PX started shipping to consumers across the globe. Futaba has been making some of the best radio gear in the biz for decades, with their latest top-of-the-line unit being the 7PX. The 7PX not only features 7 channels of radio fun, but also promises the highest levels of driving performance. Is the 7PX the best radio that money can buy? How well does it work for bashing? Is it worth the hefty price tag? Keep on reading to find out what we thought about the Futaba 7PX…

Review By: Cubby
Pictures By: T-Mohr

Primary Competition- The Futaba goes up against heavy hitters like the Spektrum DX6R, the KO Propo EX-RR, and the Airtronics M12S.

Build Quality- We passed the 7PX (and its receiver) around the room to our Bash Crew members and could find no faults with its construction.

Test Venues- We used the 7PX at variety of different parks and race tracks. From Southern California, to Denver, to Springfield IL, to St Louis Missouri, our 7PX has gotten in some serious use.

Set-up Notes- We used the 7PX in three different vehicles. For general bashing we used it in the new Pro-Line PRO-MT 4×4. For crawling we mounted it up in an RC4WD Trail Finder 2. Finally, for serious speed we used the Futaba in an ’18 ARRMA Talion.

Feel In Hand- First off, the 7PX has a high-end feel to it. The high quality feel comes from the combination of its weight, along with its construction materials.

The 7PX’s rubber grip has a great feel to it, albeit it being on the thick side. The wheel is also high quality. Once again it comes with dual stage foam with the soft side on the outer edge and the firm towards the inside. The trigger also has a high quality feel to it. Out of the box, the trigger is a bit wide and spacious, with a generous amount of room around the finger. The wheel/trigger/grip ratio feels OK stock, only when you install the included drop down does it get that truly awesome feel to it.

Compared to other high-end radios, the Futaba does have its own feel to it. Compared to others it feels a bit thicker in spots (like the grip and trigger). Some drivers like a thicker/wider grip and trigger, while others prefer thin. Really, when comparing high-end radios, the stock ergonomics do account for something, but many owners will customize the radio to their own preferences. To boil it down, the Futaba feels like an elite radio right out of the box before any customization.

Ease of Use- Being a new model, the 7PX does sport a new menu system. If you are old school Futaba and have been using them for years (decades) it will only take a few minutes to get up to speed on the new menu. All of our test drivers were able to use the radio easily, although one did have to resort to pulling up the manual to change a certain setting. No, the 7PX isn’t as easy to use as a simple RTR radio, but for a high-end race oriented unit, we thought it was still quite easy to program and set-up.

Features- Ummmmm…. how much time do you have? The 7PX comes with an incredible amount of features. From a zillion model memories (actually 40, but who’s counting?), to various crawling mixes, to the ability to set it up to run a tank with, the 7PX is at the top-of-the-heap when it comes to bells and whistles. During our review we mostly used the basics, but after digging around the menu we can see it being fully capable of handling even the most esoteric of multi-channel custom builds.

Glitching- During our entire test period we never experienced a glitch with the 7PX. Even around cell towers and high current power lines, our test unit never glitched, not even once.

Driving Performance- As arguably the highest performing radio on the market, what was it like to drive the 7PX? To boil it down, it felt very natural. All that incredible speed came in handy when driving our overpowered PRO-MT 4×4 and Talion. While doing speed runs with the Talion we really appreciated feeling completely in control at any distance. We also appreciated how quickly the Talion reacted to an input when at distance.

Ultra-fast and natural, that is what we thought about how the Futaba drove. With basically zero lag, the 7PX really did make it easier to drive our various trucks. Unlike slower radios (especially at distance), the 7PX felt like every command was instantly relayed to the truck. In fact, if you are one of those types that can’t really feel a difference in radio speeds, like our guy Iron Mikeee, we expect that even you will feel a difference. Iron Mikeee is our Bash Crew member that is really against new tech, but even he was praising how fast the 7PX felt.

Radio Range- We didn’t do an official walk off with the 7PX. However, when we were out speed running our Talion, we know we were getting at least 1,000 foot of radius, which is outstanding. Numerous times we were driving our trucks where they were just a tiny spec on the horizon, yet we still had full control. Futaba is known for the best range in the business and we can say that they didn’t miss a step with the 7PX.

Durability Testing- Yes, even we hate to drop/knock a high-end radio around, but we do it so you don’t have to. We knocked the 7PX off a tailgate several times, then dropped it off a one story driver’s stand for good measure. Oh, perhaps even worse, Robbie G. dropped the 7PX while out rock crawling and scratched up the screen a bit. However, after it was all said and done, our 7PX works just fine. We found that the 7PX could definitely take a beating without breakage, another mark of a great radio.

Boy, that 7PX is expensive, is it really worth the money? In our opinion, that depends on how serious you are about the hobby. If you are trying to take your driving game to the next level, then absolutely the 7PX is easily worth every penny.

Oh heck yes! The screen on the 7PX is hands down the best on the market. It is crisp, it is clean, and it is huge. It also responds well to touch inputs.

The 7PX does not come with a battery. This is easily enough solved via four AA cells or a 2S LiFe.

While we didn’t actually try it, the 7PX is set up for wireless updates via an Android device. This seems like an awesome feature that we will use in the future once we are ready to do an update.

Like any true high-end radio, the ergonomics are very easy to customize. You can change grips, wheels, wheel placement (low, high, or switch sides for lefties) or even various settings on the trigger.

The antenna on the transmitter is small and turns upwards. We rarely angled it and still got premium range. The receiver came with a short wire antenna, pretty standard on most receivers.

Time To Bash: B The new menu is easy to learn and the receiver comes pre-bound to the transmitter. It only took us about 5 minutes to get our first truck up and running.

Car Show Rating: A What looks good to one person might look ugly to another. However, Futaba did a great job on the 7PX. All of our test drivers loved how the 7PX looked, an extremely rare occurrence for us.

Bash-A-Bility: A Yes, we were straight up mean to the 7PX, yet it works as well today as it did when we first laid hands on it. We knocked it off a driver’s stand, we flicked it off a tailgate (multiple times), yet the 7PX is still ready for more.

Range: A The 7PX has truly elite range. If you do speed runs or are looking for extreme range for a custom project, the 7PX truly delivers. There were probably a dozen times when we were driving a car so far away we could barely even see it, yet we still had 100% control with the Futaba.

Value: B You want the best, you gotta pay for the best. No, the Futaba isn’t cheap, but it delivers arguably the best performance that money can buy.

Big Squid Rating: A- The Futaba 7PX, straight up, kicks ass. The Futaba is insanely fast and has more features than a Tesla. We found it to drive as good, or better, than any radio that we’ve ever tested. If you are looking to spend your hard earned bucks on a truly elite level radio, the Futaba 7PX is a fantastic buy!