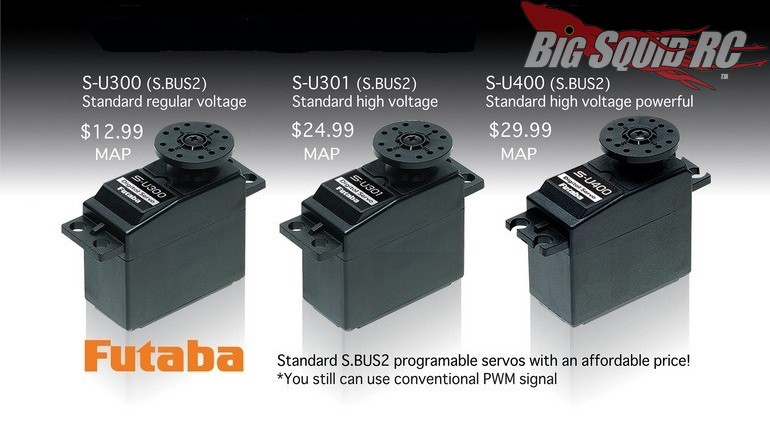 New over at Futaba is the announcement of a new Standard Servo Line-Up. Bashers love affordable servos, the new units from Futaba were designed for solid performance, without breaking the bank.

The new Futaba Universal Standard Servos are street priced from $12 up to $29 and you can read more Futaba News right here on BigSquidRC.