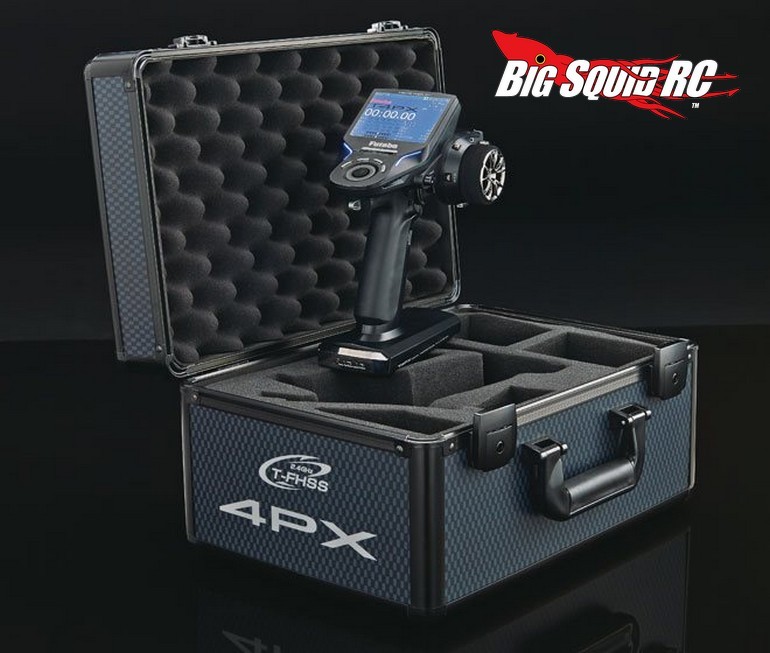 Give that new Futaba 4PX of yours the protection it deserves with the new Metal Carry Case from Futaba. On the outside it has a high-tech carbon fiber finish, while on the insides the foam is perfectly cut for the 4PX along with room for spare receivers, servos, and other items.

The case is street priced at $109, it has a part number of #FUTP1014, and they are expected to start shipping later this month. To make sure you get one before the first shipment is sold out, you can get one on pre-order at your LHS or at This Link on the Tower Hobbies website.