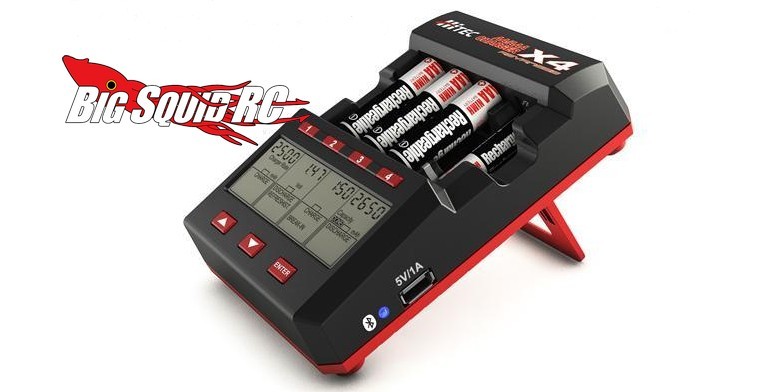 The latest charger from Hitec is the X4 Advanced Single Cell. The new X4 is set up to charge four AA or AAA cells and is Bluetooth compatible with your Apple or Android device. The X4 allows you to monitor the battery charger via your cell phone or tablet, a feature that can come in pretty handy. Some of the specifications and features of the X4 Advanced include-

The X4 Advanced has a part number of #44175 and you can Click Right Here to hit up the official Hitec website.