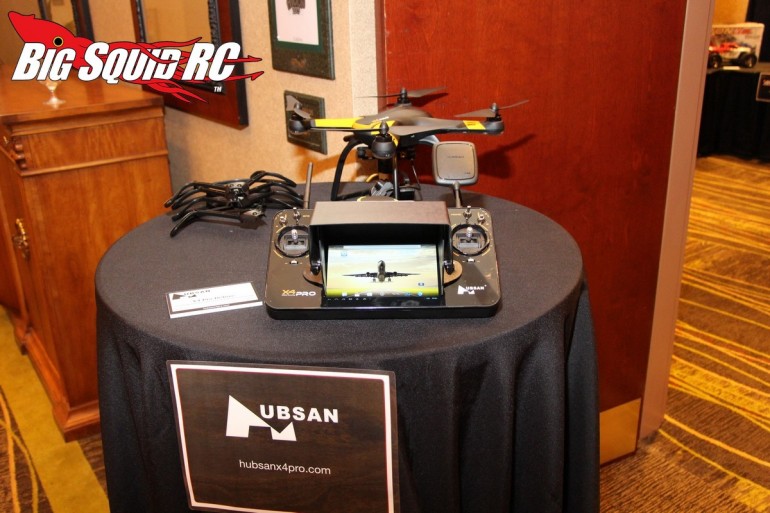 Hobbico at the 2015 HobbyTown USA Convention

Champaign Illinois powerhouse Hobbico always has a large room at the HobbyTown USA convention and 2015 was no different. What was different was the amount of quads/drones on display. A couple of years ago there might have been only one or two, last year there was a few, but this year their booth had dozens of quads at every price and sophistication level.

* Hobbico certainly did not forget about the surface market as they had the relatively new Aquacraft Cajun Commander, several ARRMA products, multiple Dromida 18th scalers, and even a new Tekno on display.

* FPV/video quads were highlighted in the Hobbico booth, especially the Hubsan X4 Pro ($699 to $1399) and the newly announced Ehang Ghost ($749). Both are higher end units and the Ehang even has the extremely popular “follow me” feature.

* The new Estes Proto-Z was quite impressive as it has some higher end features (like true direction mode) at an incredibly low price point ($29).

* Hobbico was also showing off a new “World’s Smallest Quad” and it was indeed ridiculously small. Full details are coming soon, but we did see it fly and it looked quite stable, all the while being so small that it made a Proto-X look big.

* Nothing ultra new was being shown from Axial, Durango or ARRMA, but we did get some inside info on a couple of upcoming trucks from ARRMA. We can’t say much, but they should fill a niche that everyone has been waiting for and could be in stores in time for Christmas.

* Hobbico is all over the 6 rotor scene with machines like the Estes Proto-X Six and the Revell Nano Hexagon ($39). We received our first review machine a couple of weeks ago and so far it has been a blast to fly.

The BigSquidRC Bash Crew would like to thank the friendly folks in the Hobbico booth for their time and for their hospitality. If you are interesting in learning more about them you can hit up This Link to visit the official Hobbico website.

See more 2015 HobbyTown show coverage at This Link on BigSquidRC.