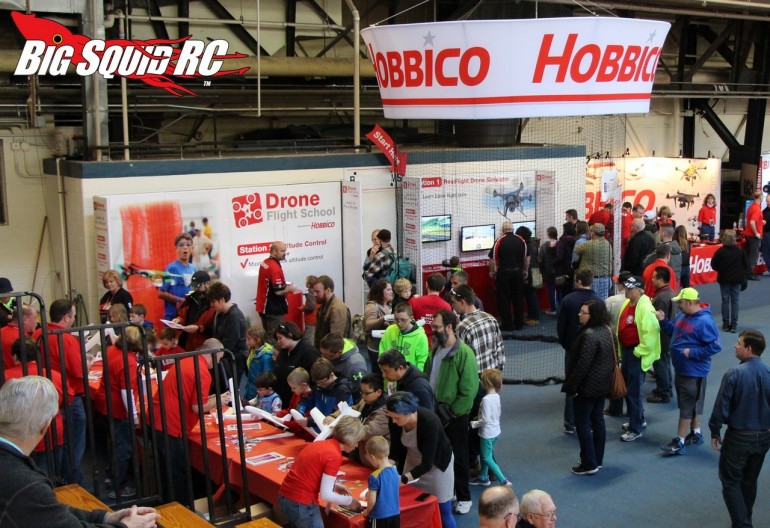 Early each year flying fans in the Midwest are treated to an indoor event held in Champaign Illinois called E-Fest. Sponsored by Hobbico, it brings together hobbyists from several states, allowing them to get in some winter flying time.

E-Fest also has a long “manufacturers row” where companies can show off the latest and greatest in flying gear. With Hobbico being the sponsor of the event, that was the first booth that we dropped by to check out at E-Fest 2016. Of course their booth was filled with all sorts flying goodies, but they were also doing something very innovative, holding a Drone Flight School. There were 3 different stations to the flight school, starting with using a computer based simulator, then you could work your way to the end where you could fly an actual drone inside a netted area. The flight school was a great idea and a perfect way for newbies to get a hands on feel for the hobby.

We would like to thank all the good folks over at Hobbico for inviting us out this year. As always, it was an incredible event to see and we can’t wait to go again next year. To get more details on everything Hobbico related you can visit their Official Website.