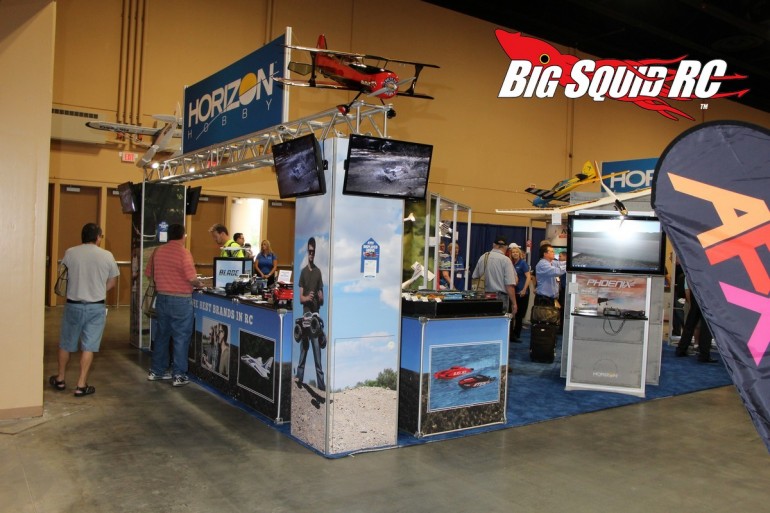 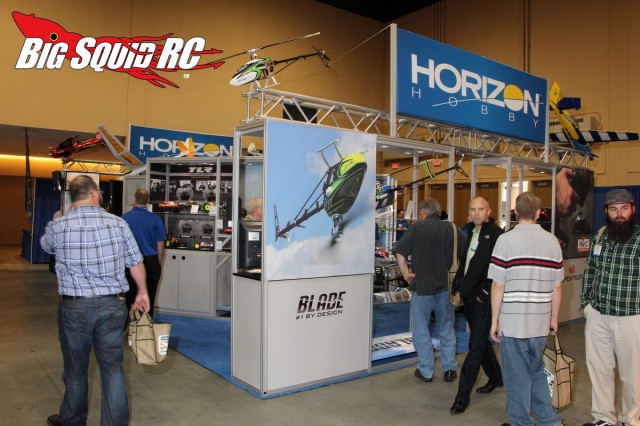 Our friends at Horizon Hobby are making a strong showing at the 2013 iHobby Expo.

Most interesting for the basher crowd is the introduction of the Vaterra Halix monster truck. The Halix comes with full time 4wd, a powerful brushless system, and a 2.4GHz radio system. The chassis of the Halix is thick, well braced, and looks ready for a heavy duty beating. The same can be said of other key components like the shock towers and a-arms.

We are big fans of the Losi Ten series vehicles here at BigSquid. They take a good thrashing and rarely break. Losi introduced their latest vehicle based on the Ten platform, the Ten Rally X. Like the SCTE and other Ten series vehicles, it comes with sturdy metal chassis, 3 gear diffs, and is RTR. A sleek looking rally body, brushless power, and Spektrum 2.4GHz radio are some of its features.

Arguably the biggest news of the entire show is the new AVC Active Vehicle Control system included on the new 4 channel Spektrum SRS4200 receiver. The AVC stabilization system is used to make rc cars and trucks easier to drive. Sensors are used to adjust both the steering and throttle. When we got a chance to witness the system working in person, you could easily see how it works much like a gyro on the steering. If the rear end of the truck would kick out to the side, the steering would automatically correct itself without the need of input from the driver. The AVC system also appeared to work quite well on the throttle side of things. When the rear of the truck would step out to the side, the AVC system would kick in and reduce power to the wheels. Overall, if you’ve driven a high powered rc vehicle lately, you know how hard they can be to drive, the AVC system can go a long ways towards helping you control your beast. Also of note, all you need to put the AVC system into your personal vehicle is the SRS4200 receiver and a Spektrum transmitter.

The AVC system comes standard on both the Vaterra Halix and Losi Ten Rally X.

For more information on everything that Horizon Hobby carries hit up This Link.