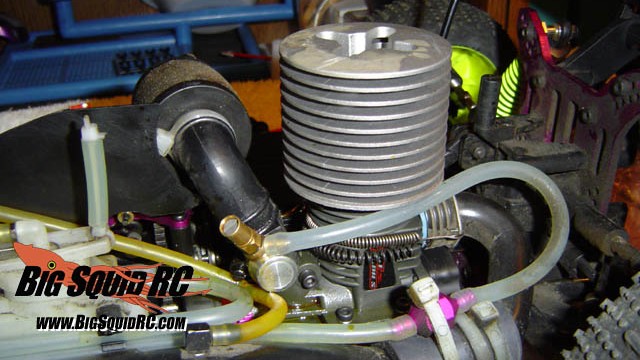 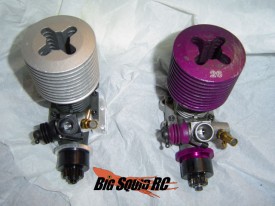 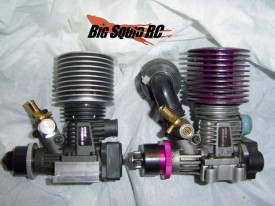 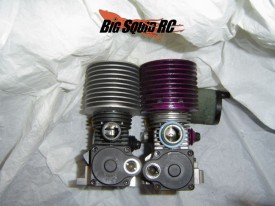 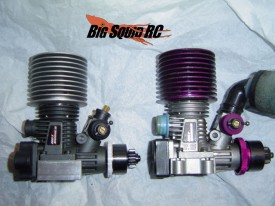 I recently got the chance to pick up the new HB28503 .26 motor from Hot Bodies and give it a good working over! In all the pictures, the HB28503 is on the left. The previous .26 from Hot Bodies is on the right with the purple head. I have owned several Hot Bodies cars, and a few of them have come with their previous .26, which was pretty decent for being the stock motor.

One of the first things I noticed after opening up the box (besides the lack of a purple cooling head) was the lack of a midrange needle screw! I have to admit, I was happy about this. I have never been the best motor tuner, and the less settings for me to mess up the better! Other then the midrange screw and color, the engines looks pretty similar.

This new motor is supposed to be good for off-road use. It’s got 4 ports, top rpm’s of around 29000 and hopefully a lot of torque! I have been really happy with my Hot Bodies Lightning 2RR buggy, so I decided to reward it with the new motor. The old motor was still running pretty good, and I have abused it to the best of my abilities, but it was time for a change.

The motor replacement went as smooth as could be expected, and I didn’t have to make to many adjustments to get the HB28503 ready for break-in. I used 20% O’Donnells fuel. I was familiar with how well the old motor ran on this fuel, and wanted to be able to get a feeling for what the differences might be from the new motor. To my delight the motor fired right up! I love the Jump Start! The break-in went very smooth, and the motor was sounding great.

After the break in, it was time to open it up and see what this new motor could do! I was very pleased with the acceleration, and the top speed looked a bit faster as well! I was easily in the 40+ mph range, and the motor was keeping a decent temperature as I bashed it around the parking lot. I had Neil bring out his racing buggy. I won’t say the name, but it wasn’t cheap and has a lot of 7’s in the name. It’s also got a pretty expensive racing motor in it. We set up a little course with a nice long straightaway to really get the speeds up. Lap after lap we were neck and neck. To see his buggy take the last turn and open it up, and to see my Lightning Buggy with it’s new motor right there next to him brought a pretty big smile to my face. This new .26 is good and fast!

I recently brought the buggy to the new indoor off-road track we have here. The track is huge, with an insane amount of jumps as well as two huge straight-aways! After getting used to the track layout, I was able to hold my own very well against any of the other buggies out there. The acceleration from the new motor was great for getting me over the big jumps when I needed it, and the top speed in the straights kept me right there next to the big guys and their expensive racers! If you are in the market for a new motor, and you are not looking to drop a ton of money on it, check into getting the new HB28503 .26 motor from Hot Bodies. I have been really happy with its performance. It’s been holding a tune great, and it won’t break your bank! 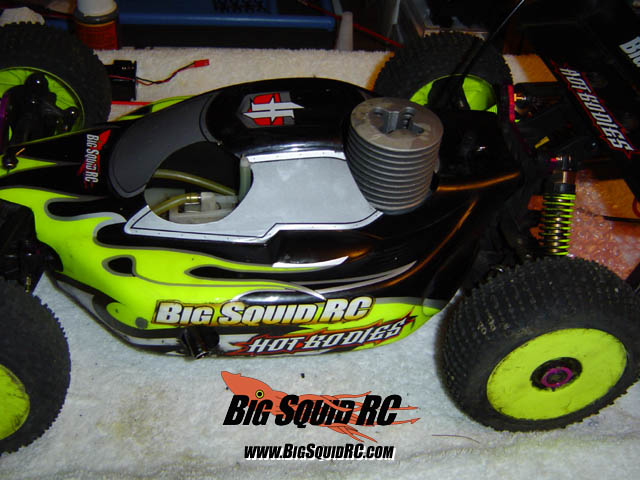