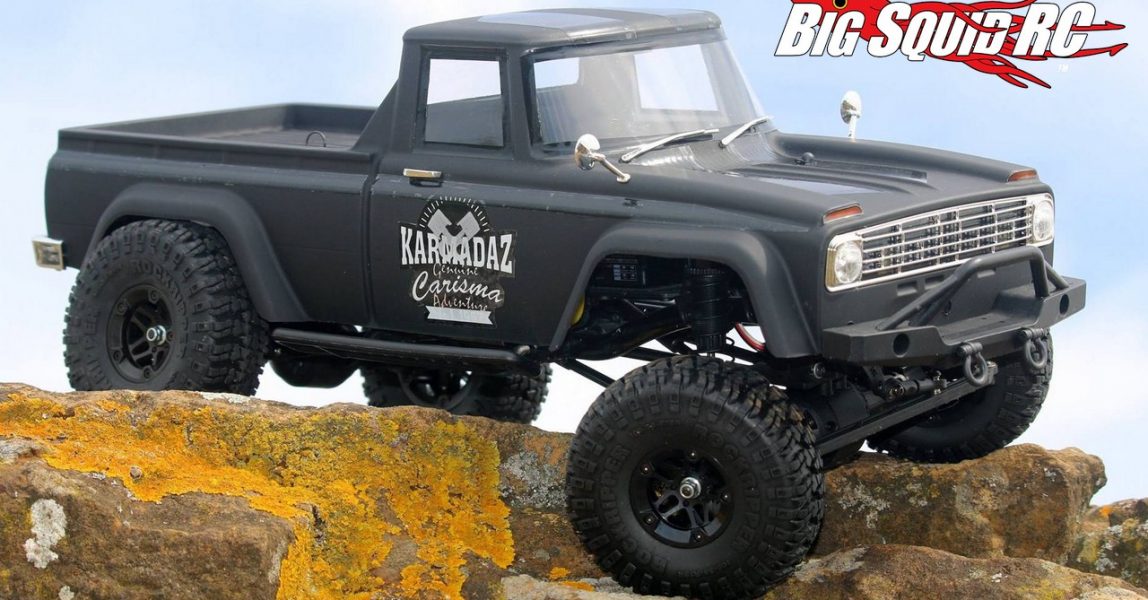 Now here is some big news, Carisma has announced the first two trucks in their new Scale Adventure line-up. The folks at Carisma have always been big into scale realism, and after looking at their new trucks, it certainly looks like they hit the mark with these.

The black truck shown above is the SCA-1E Coyote RTR scale crawler. The Coyote comes as a fully built RTR loaded with scale detailing. Beefy solid axles are mounted on the front and rear, while a double triangulated four link suspension soaks up the bumps. The chassis is a steel c-section ladder style unit and its true beadlock wheels are shod with high grip, realistic tread tires.

The other version of the truck shown in the pictures is the SCA-1E Coyote Kit. More details are coming soon on it, but both units are expected to start shipping in mid-September. Pricing for the RTR sits at £239, with pricing for the United States being announced soon. We will do another post with even more details and specifics as they become available. Until then you can use This Link to visit Carisma’s new Scale Adventure website.