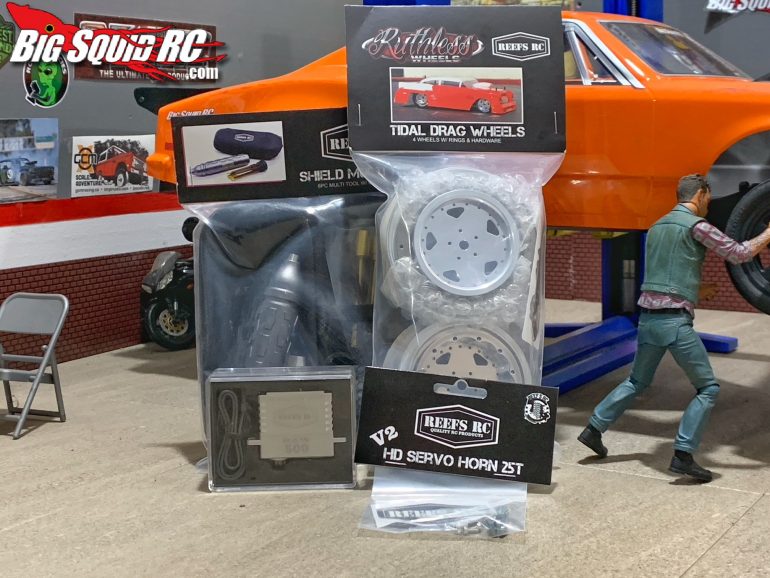 IN THE FAST LANE WITH REEFS RC

The Big Squid RC crew has gotten bit by the drag racing bug, with more than a handful of us now owning no prep drag cars. Now for the Team Associated DR10 I will be keeping it stock for a while, or at least until I learn to control it better. Hone my skills with the stock motor before putting some HE-MAN power into it. Reefs RC sent over some of the new Ruthless Tidal drag wheels for the DR10 along with the 6pc Multitool Handle and carrying case, but to top thing off was the RAW 500 servo. If you have not heard my views on RAW anything, I would suggest in check out the Between Two Squids Interview we did with Reefs RC at this year’s Ultimate Scale Truck Expo. All jokes aside I am extremely excited to see the RAW 500 in action and putting it in our Axial SCX10 iii. As cool as it would be to use it in the DR10 I think it would be overkill, especially for a rig that is designed to go straight. If you have driven the DR10 you may have noticed how it will track to right at times, not only are the Ruthless Wheels sick looking but I am hoping the added weight will give us a little more grip in the end. Thanks to Reefs RC for sending us some products for our drag racing adventures and stay tuned because things are going to get wicked!