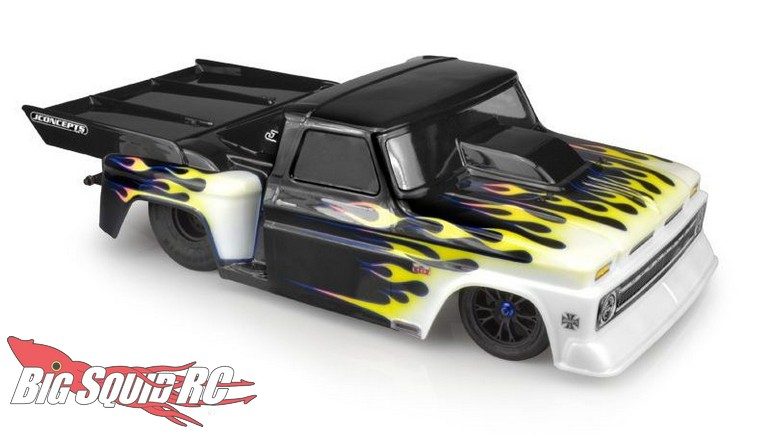 In case you have not received the memo, the no prep drag racing scene is blowing up right now. New for all you weekend drag racers is a 1966 Chevy C10 Step-side Clear Body from JConcepts. The new C10 Step-side is designed to fit short course trucks that have been converted to drag racing, here are the highlights.