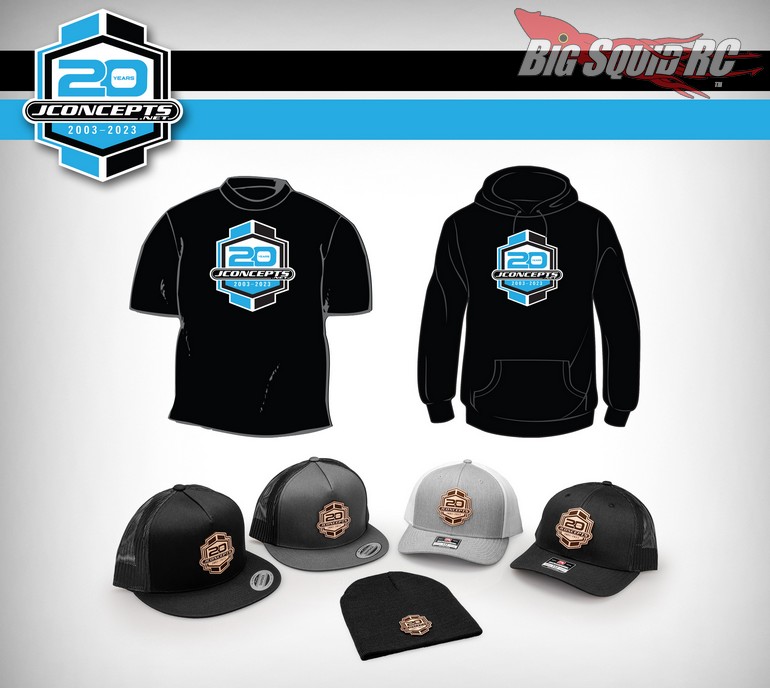 Just announced by JConcepts is a full line-up of 20th Anniversary Apparel. That’s right folks, JConcepts has now been in the game for 2 decades, and to celebrate, they are dropping some cool new apparel. Here are the highlights-

Smash This Link to read more JConcepts news on BigSquidRC.