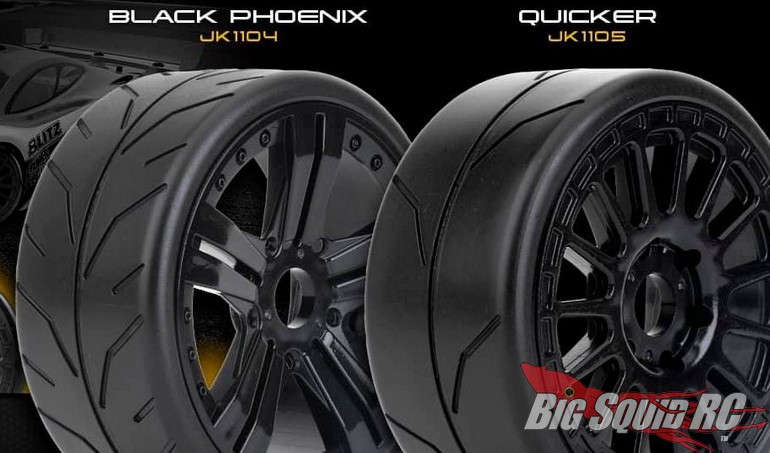 Recently the crew over at Jetko Power announced a pair of new Belted Pre-Mounted 1/8 GT Tires. New from Jetko are the Quicker Belted and Black Phoenix Belted tires. Designed from the ground up for extreme performance, a heavy duty belt is used to eliminate tire expansion at speed. A special high temperature foam insert is used and both sets of tires come pre-mounted on either 15 spoke, or 5 claw style wheels. Also, a special gluing process was used to prevent tire separation from the wheel.

You can use this link to visit the official Jetko Power website, or you can Click This Link to read more Jetko news on Big Squid.