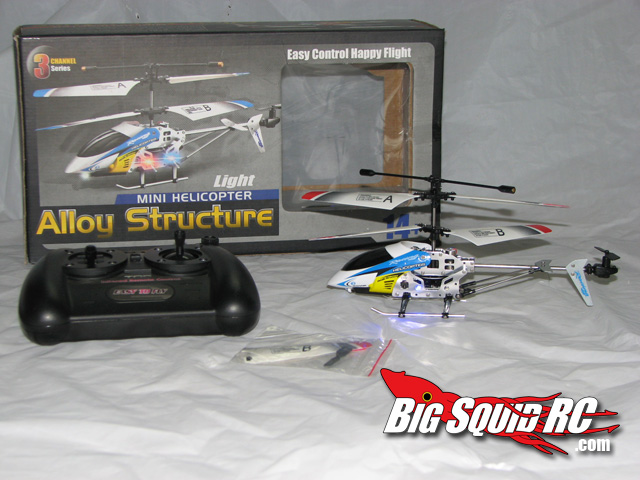 So we normally do not do helicopter reviews, and if we did do them, it would probably be from a major manufacturer, but this review is special in a few ways. Every once in a while we get occasional questions asking us about the mini helicopters people see around. They want to know if they are worth it, are they total junk? And there are a lot of bashers out there that seem to have the ‘flying’ bug. They aren’t looking to get into the hobby of flying, but just want something to satisfy this occasional craving. Will the Jin Xing DA help any of this? Is it worth getting? Keep reading to find out…. 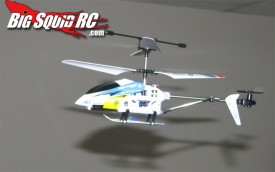 First is how I obtained this particular helicopter. I happen to be heading to a celebration for a friend in Geneva Il, when I saw a store on the side of the road called Me & Dad’s Toys. Being a collector of many things, it’s a place I had heard of, but never had a chance to visit. I had a little time to kill, so I thought this would finally be my chance. It was everything I expected it would be.. almost. There were ton’s of old and new collectible toys, baseball cards, autographs but then there were RC Helicopters. Being who I am, I had to ask what the deal was. Turns out the owner is a bit of a RC fan. He had a HPI Savage in the store as well! He basically said someone gave him one of these once, and he was amazed by how well it flew, and at the durability. He was so happy with it, he decided to pic some up and sell them in his store. We talked a little more, and apparently he’s a really good salesmen because I left with an off brand mini RC helicopter, and it’s not like I don’t have a office filled to the rim with RC stuff!

Now we are starting to see more of these pop up in malls, flee markets, and other odd places. They usually cost $20-$100 and come in all shapes and sizes from companies you have never heard of. Sort of like this one, Jin Xing DA. 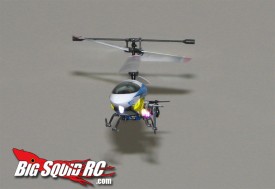 I couldn’t find a direct link for the company, but there are a lot of places selling this model online. The one we tested is Model 335. If you are looking to pick one up, and your in the Geneva IL. area, stop out at Me & Dad’s Toys and tell them Big Squid RC sent ya! I’m sure they will get a kick out of it!

In the box comes the Helicopter, an Inferred transmitter, an extra set of blades and a manual which is a good read if you enjoy Chinese translated with bablefish. The box says it’s for children 8 and up, but the manual says ‘This product is forbidden to be used by children under 14 years old.’ That alone was reason to not let Cubby do this review. I can hear the phone call now…

Cubby: Hey Brian, uh yea.. Evan and I are on the way to the hospital.
Brian: Ack! If everyone ok? What happened?
Cubby: I was testing that new mini heli in Evans office, and I was trying to cut a pretzel out of his mouth…..

Honestly, I’m surprised we actually haven’t had THAT conversation yet. Anyway, yea the manual has some serious broken English, but it’s nothing impossible to get through.. I mean it’s not liked they texted the thing to my phone. 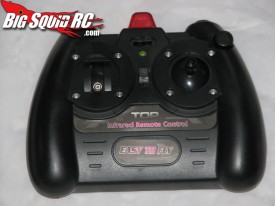 The transmitter takes 6AA batteries, and is also the charger for the helicopter. While this is convenient, it’s slow and drains my transmitter batteries! It takes about 30 minutes to fully charge the heli, and with that I get about 6 minutes of constant fly time. That’s not a ton, but honestly, it’s enough. I get the ‘flying’ out of my system for the day, and move onto other things.

It’s a dual blade system with built in gyro. Technology has come a long way in 10 years, and this thing is surprisingly stable. The left stick controls the throttle, which in turn controls the height, while the right stick controls turning left and right, as well as forward and backward. While better, more popular helicopters would move around with pitch and yaw, this one can not lean left, or lean right. It has a mini blade on the tail that blows up or down, and this tilts the chopper forward or backward causing it to go in that direction.

The transmitter also has a trim, so you can get it centered. It’s so stable that I was able to get the helicopter to a good height, and take my hands off the controller. It just hovered there. After a little bit it started to slowly turn but it was still impressive. 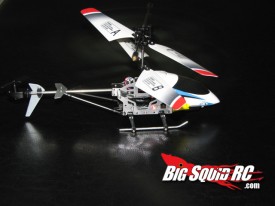 The chopper itself has a lot of aluminum parts on it, form the chassis to the tail. It’s taken a really good beating hitting walls, chairs, obstacles. It even survived a 20+ foot drop to pavement when we were testing to see how high it could fly, which by the way I do NOT recommend. Remember, we do this stuff so you don’t have to! We wanted to see how high it could go.. and it was doing really well, then suddenly it just shut down and dropped like a rock. Apparently this is it’s natural reaction if it gets out of range is just to shut down. I guess that’s better than flying away. The inferred does not go very far, 20 to 30 feet is about it. It’s pretty maneuverable, as we have navigated from room to room, landed on 1×1 foot heli-pads and flown several home made obstacle courses.

We also noticed our fire/smoke detectors here that use infrared do not play nice with the transmitter. If you point it at a detector, they go crazy and cause people to evacuate the office! It gets funnier every time! 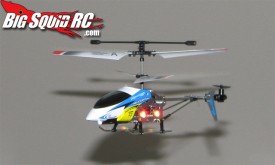 The mini heli has a LED head light, and four multi color LED’s on the sides. These are constantly blinking and changing colors, and look pretty cool in a dark room.

The manual does have a parts list, but I’m guessing you are not going to be finding replacement parts very easily. At the cheap cost, it’s almost a throw away, and buy another if you really break something. 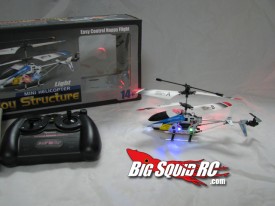 Overall, it’s honestly not a bad little chopper. The aluminum makes it pretty darn durable, it’s VERY easy to fly, and it cures that flying bug I sometimes get when cooped up in the office for a while. Experienced pilots would probably much prefer something with more control, and a little more of a challenge to fly, but for something cheap and fun, this isn’t a bad choice. I would of liked to see a wall charger, or some more information about the battery inside so I could feel better about charging it with an ICE or something.

Workability – 7.0/10.0 – Your probably not working on this thing much. If it breaks good, your probably buying a new one.

Big Squid Rating – 8.0/10 – Tentacles. It’s cheap generic flying fun. I don’t know if all the ones you see in the malls or flee markets are this good, but this one is worth the $40. Real pilots need not apply, this is for the basher who just wants to fly something in their house.

Don’t forget to tell the folks at Me & Dad’s Toys we said hello if you stop by!

Posted by Brian in Featured Posts, Other Reviews, rc helicopter on Tuesday, August 2nd, 2011 at 8:20 am