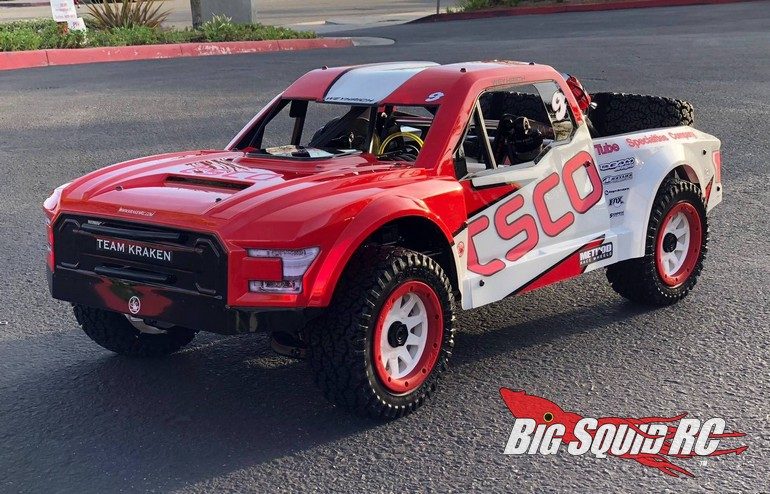 Is the large scale short course truck class heating up or what? First announced was the burly Losi Super Baja Rey. Then, just the other day, Traxxas announces their Unlimited Desert Racer. Now, to go even bigger, Kraken has announced the 1/5 VEKTA.5 TSCO Desert Truck. The Kraken is a huge beast of a truck that is powered by a large gasoline engine. Also, for you guys that don’t have a lot of spare time to build a kit, the Kraken comes as a RTR.

So, how hard is the new Kraken going to hit the wallet? Street pricing is expected to be $1,699 and they should start shipping by the end of April. You can Use This Link to check out Kraken’s website, or Click Right Here to read more Kraken news on BigSquidRC.