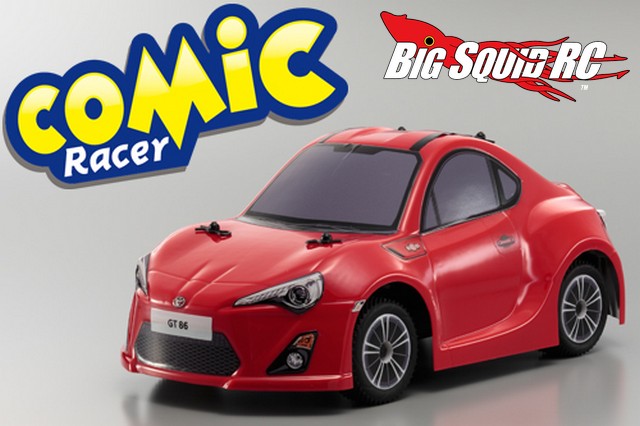 The second car in Kyosho’s new Comic Racer line-up has been announced, a Toyota GT86/Scion FR-S. The Comic Racer cars have exaggerated features and are mounted atop the popular Mini-Z buggy platform.

The Toyota/Scion Comic Racer comes as a ReadySet, complete with radio system and ready to bash. Some of its features include-

The part number for the Kyosho Comic Racer is 32252R and it should start hitting hobby shops later this month.

Hit up THIS LINK for more Kyosho news right here on BigSquidRC.