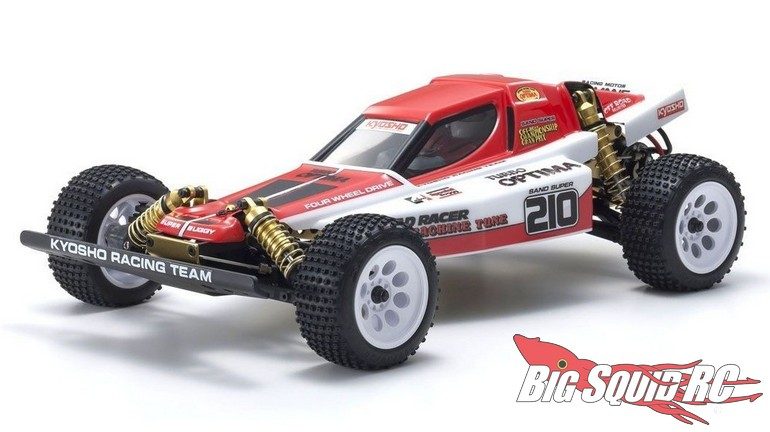 After some teasing at Nuremburg, Kyosho has announced full details on the re-release of the Turbo Optima. The Turbo Optima is a legendary buggy from the golden age of rc, now it is back with various revisions to update it to the LiPo/brushless era. Here are the highlights-

The Turbo Optima Re-Release is expected to start shipping in March with a part number of #30619.

Hit up This Link to read more Kyosho news on BigSquidRC.