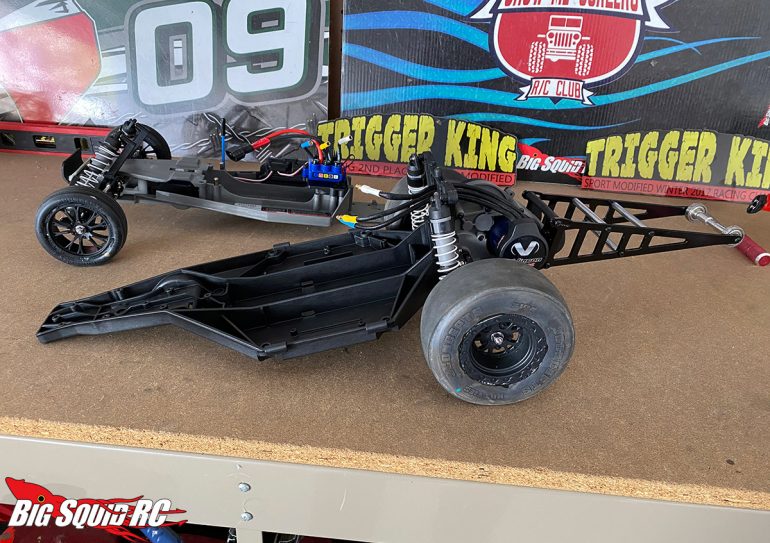 Last time on Laying Rubber we discussed how to mate the rear end of a Traxxas Bandit buggy with a Traxxas Slash LCG chassis. Today, let’s talk about the front end. 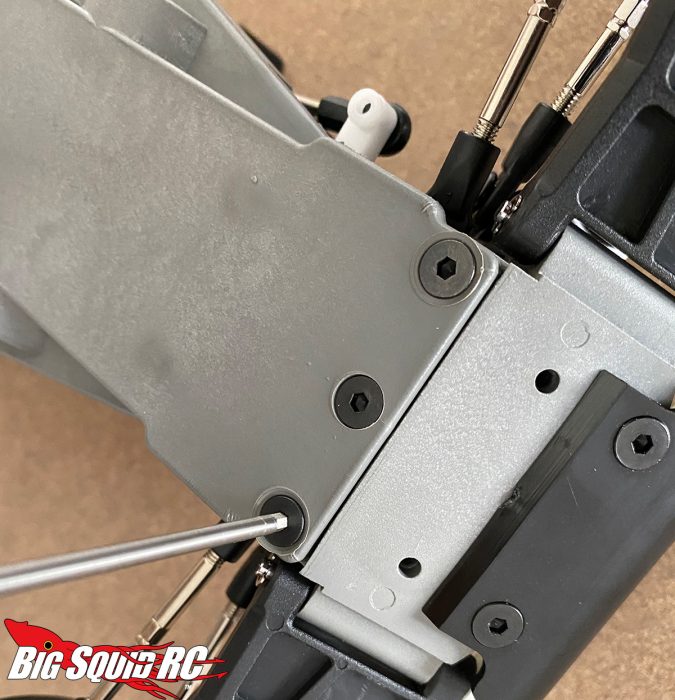 You can start by taking the front suspension assembly off of the Bandit chassis. It’s held on by 3 screws.

The top will come off after you remove a couple screws that house the steering assembly plate. 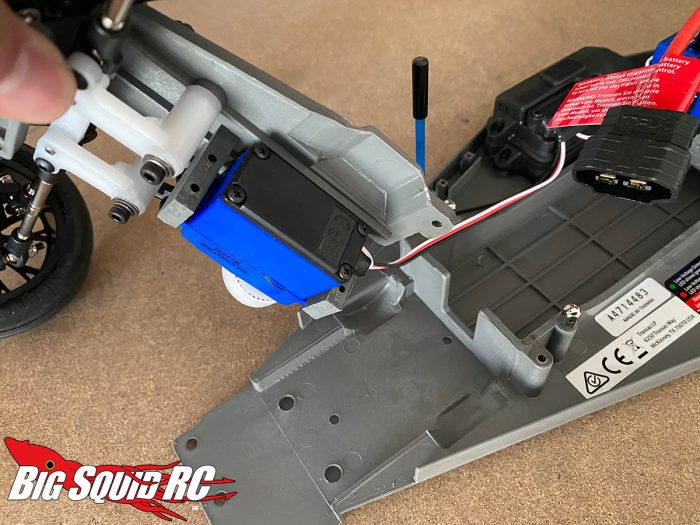 Thar she blows. You’ll want to remove the servo plug from the RX. I don’t have a pic of it, but just open your receiver box and give ‘er a yank. 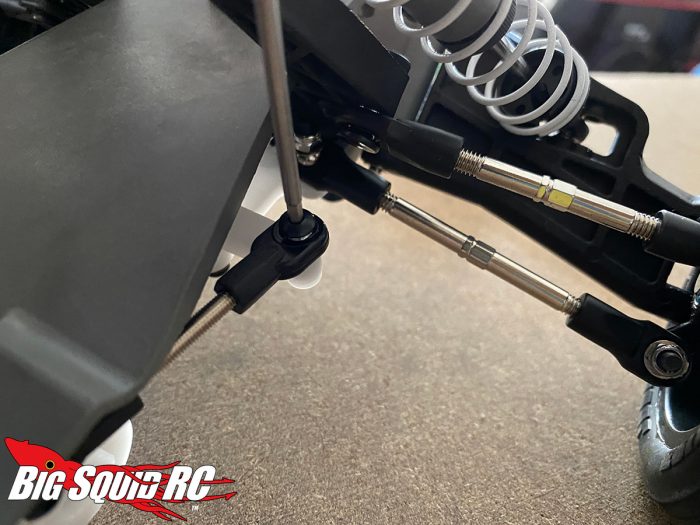 Unscrew the the hardware that connects your servo to the actual steering linkage. 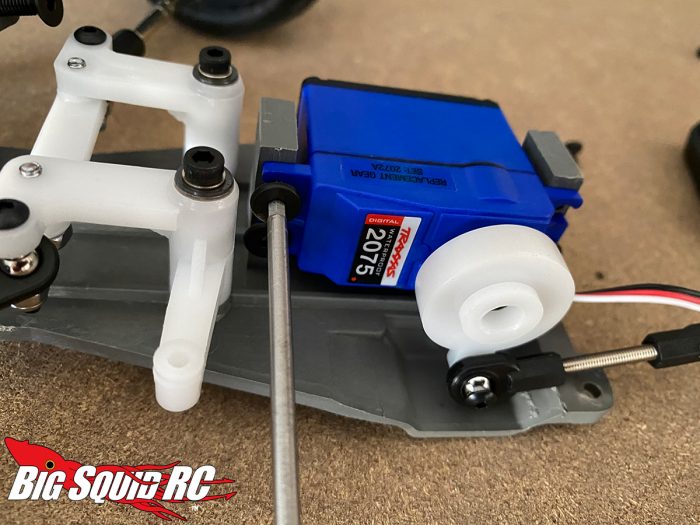 Unscrew the servo to remove it from the grey Bandit chassis part. 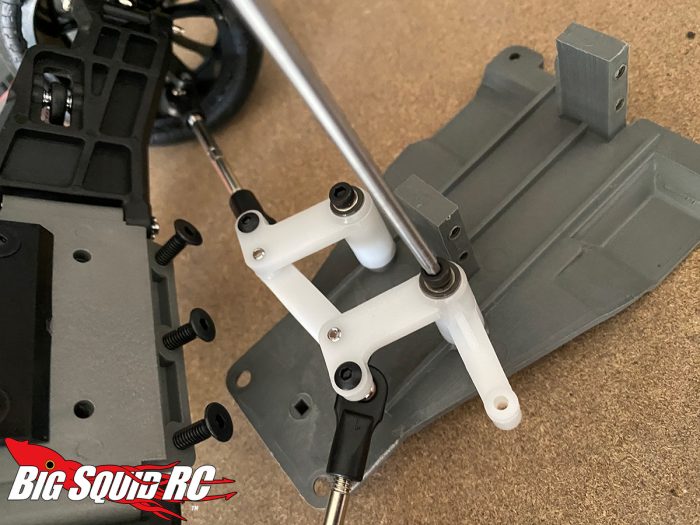 You can then carefully remove the entire steering assembly from the Bandit chassis. 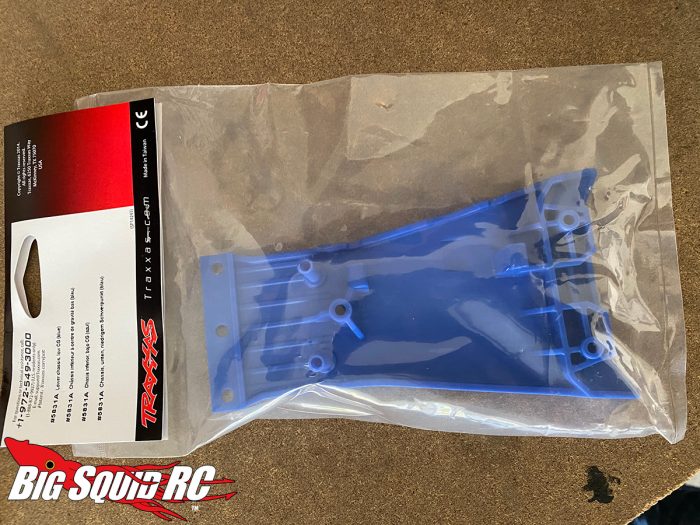 Time to prepare the front to mate to the Slash LCG. You will want Traxxas #5831A which is the LCG Lower Chassis piece. 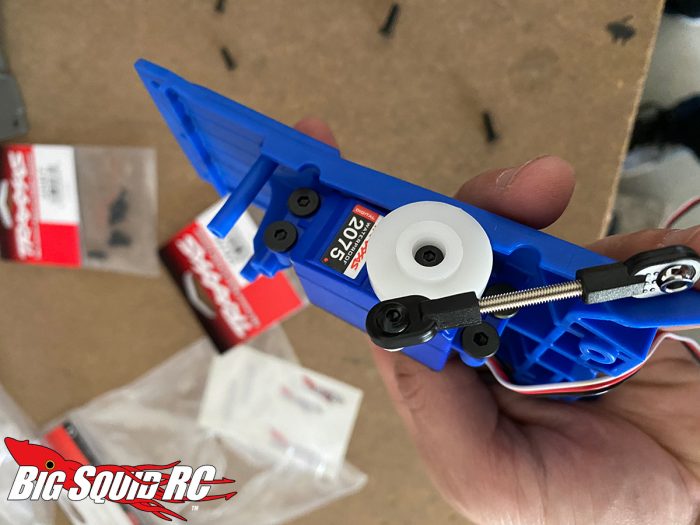 Mount the servo like so. There is a groove that fits the servo saver, so you’ll easily see how it goes. 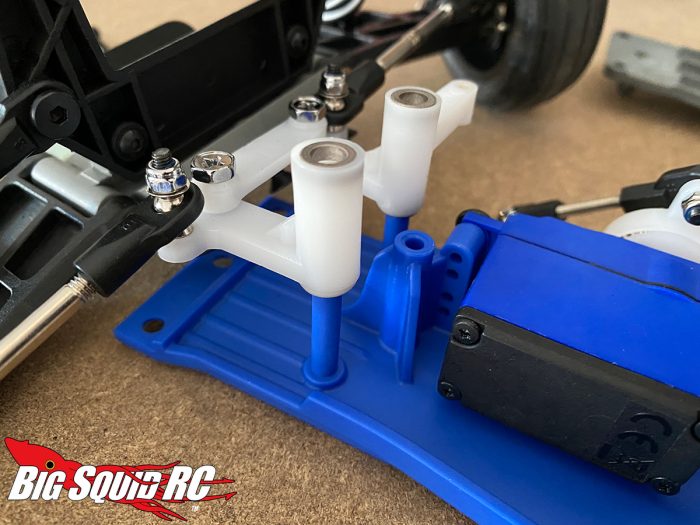 Carefully mount the steering assembly onto the two poles. I say carefully because you don’t want a washer to pop off and roll around under your bench (thanks to this delay, it was the longest part of the conversion!). You’ll keep them snug by way of the two long screws that were previously on there. Don’t overtighten! 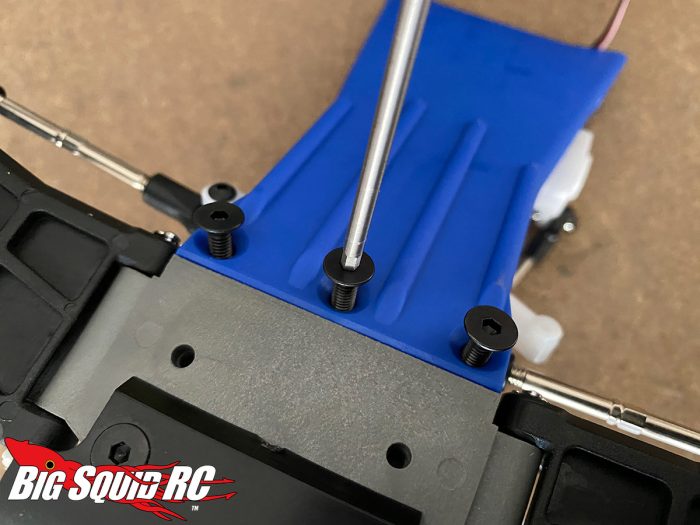 Attach the lower chassis plate to the suspension assembly by way of the same 3 screws that you removed earlier. 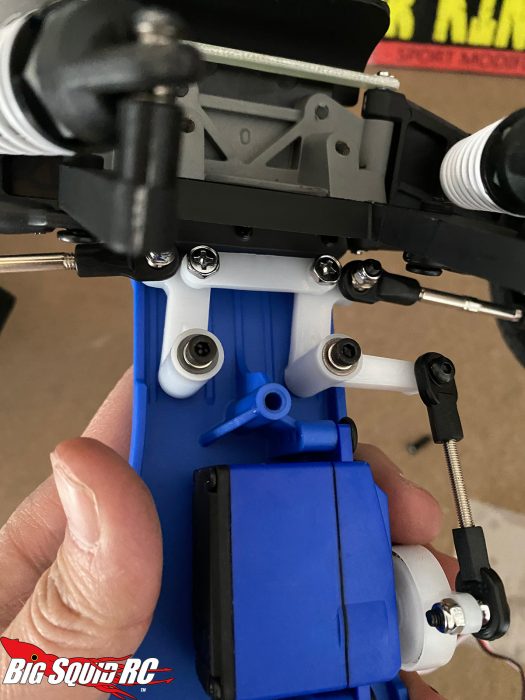 Get the linkage back attached to the servo saver and make sure your long screws sit back above the washers on the steering columns. The servo should NOT feel bound up. If so, loosen up the screws on the columns that hold the assembly in place. You are then ready to put the top plate on. 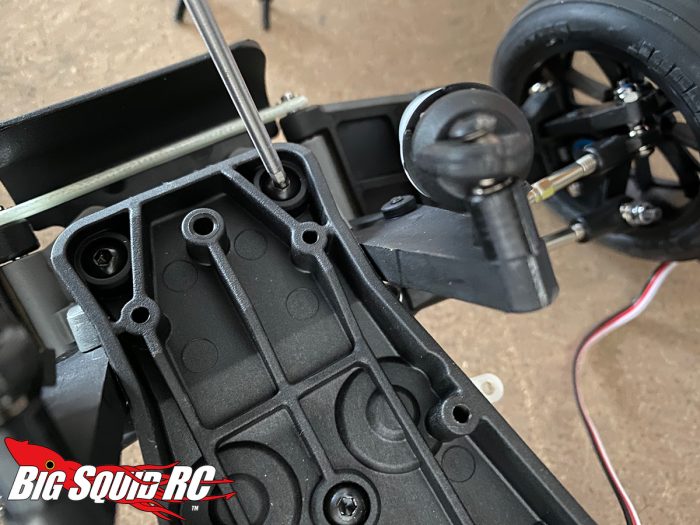 Place the whole bottom assembly underneath the top one. When you bring them together make sure that the two screws on the steering assembly go smoothly underneath the two molded spots for them. Once everything is good, use those large 4x14mm screws to cinch down the main chassis assembly to the bottom plate and hold the steering in place. 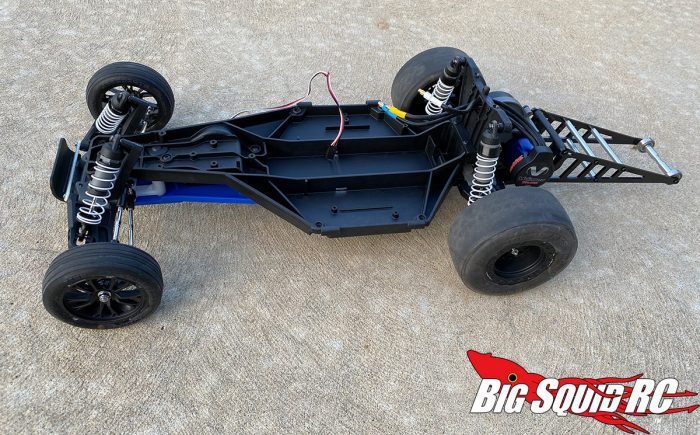 And there you have it! You now have a long wheelbase, narrow SCT platform to rock and roll with. Well, at least in rolling form. On the next laying rubber we will get it under power. Then comes body choice and body mounts, dropping the suspension….so much to talk about!

See you folks next time.