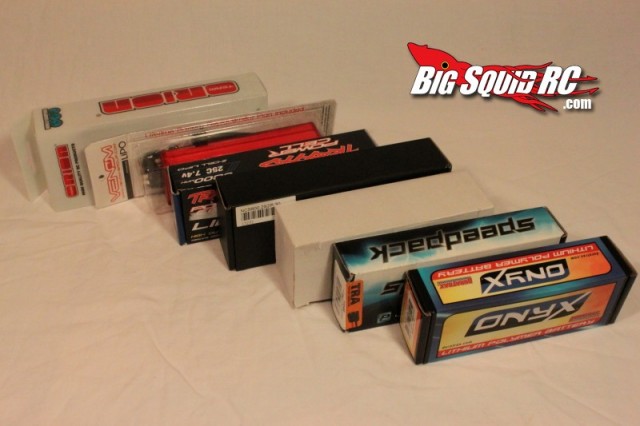 The Helion Dominus 4wd short course truck was our weapon of choice for the Lipo Shootout #4. During top speed testing our Dominus utilized a Castle 1410 3800 kv motor turning a 15 tooth pinion on the stock spur gear. A Castle Mamba Max Pro SCT speedo was used, with the timing set to “normal”. The Bushnell radar gun that we’ve used in previous tests was recruited once again, and the test driver made as many passes as needed to get the optimal speed for each pack. Once again, this was a “blind” test- the test driver did not know which battery was in the car during the speed runs. All top speed passes were done on pavement and the motor was allowed to cool to a specific temp before the next pack was tested.

And the winner is- the Gens Ace the only pack to hurl our Dominus down the road at 36 mph. 5 packs tied for second with 35 mph, and the Speedpack could only muster 34 mph.