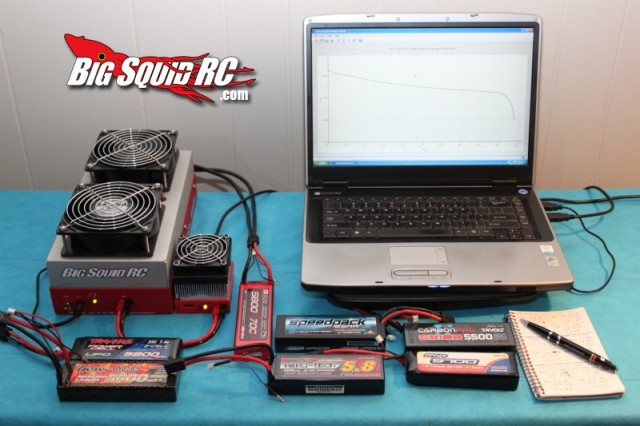 We determined the winner of this category by testing all the packs under 30 amp and 60 amp loads. The higher the voltage a pack could maintain, the better they finished. 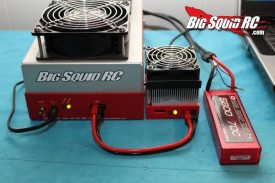 To handle the discharging duties we enlisted our trusty West Mountain CBA with 10X amplifier. All packs were charged at 1C on Hyperion 720iNet3 chargers. All connectors were Traxxas, and all connectors were new at the beginning of testing. Dr Marty’s conductive grease was used on all contacts. Ambient temp for all bench tests was 68 F. All packs were discharged within 10 minutes of being fully charged. No air flow was allowed to packs during discharging.

Voltage Under Load Overall Results- Combing the results from both 30 and 60 amp discharges. While one pack had to win and one had to finish last, all the packs showed good power on the discharger, meaning none should disappoint when driven in a car. This shootout also showed us just how tight the battery competition has gotten lately, many of the pack were within a few thousandths of a volt from one another.

1. (Tie) Gens Ace/Orion – The Gens Ace was head and shoulders above the field at 30 amps, while the Orion won the 60 amp test.

Some details for those that like to crunch the numbers. We also have minute by minute data that was used to determine the winners/results, but there should be enough data here to make your head spin already. 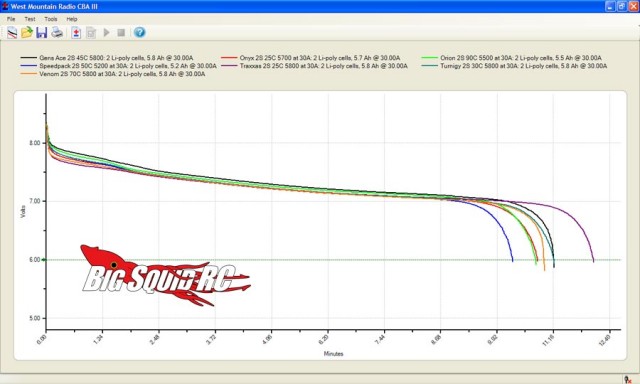 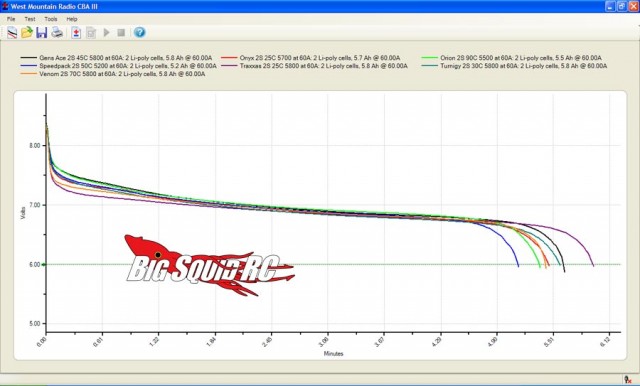